Nissan chairman Carlos Ghosn has been arrested over claims of financial misconduct, the carmaker has said. Mr Ghosn, a towering… 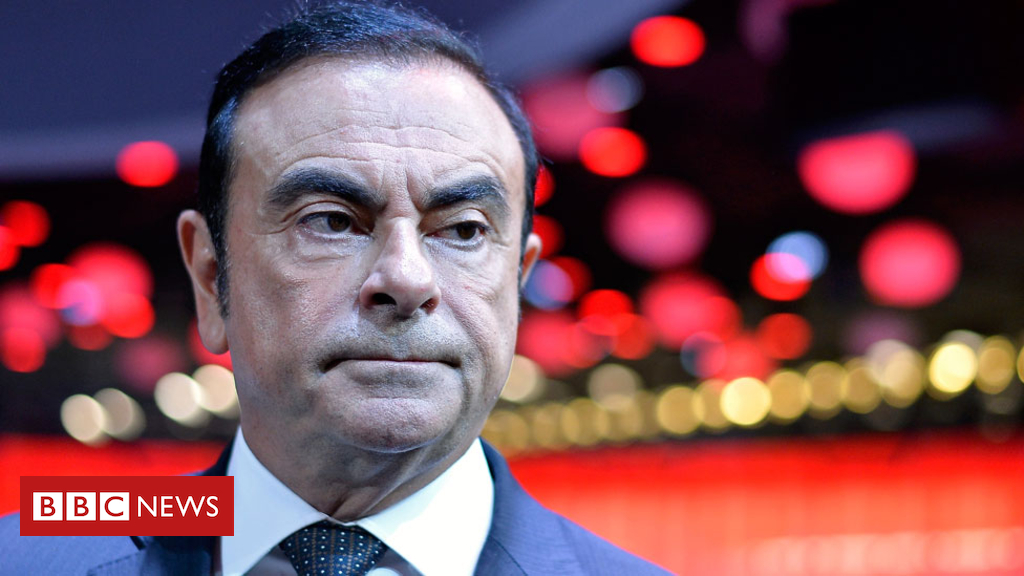 Nissan chairman Carlos Ghosn has been arrested over claims of financial misconduct, the carmaker has said.

Mr Ghosn, a towering figure in the car industry, will be sacked from the Japanese firm after a board meeting on Thursday, its chief executive said.

He has been accused of “significant acts of misconduct”, including under-reporting his pay package and personal use of company assets.

Nissan said it was unable to give further details on the offences.

Japanese prosecutors have yet to comment on Mr Ghosn’s arrest.

Nissan is the world’s sixth-largest carmaker and its site in Sunderland is the UK’s biggest car plant.

“As the details are disclosed I believe that people will feel the same way as I feel today,” he added.

Mr Saikawa said Nissan would now try to “stabilise the situation, and normalise day-to-day operations” for staff and business partners.

It said it had been conducting an internal investigation for several months, prompted by a whistleblower.

According to Japanese media reports, which have not been confirmed, he under-reported an amount totalling 5bn yen ($ 44m; £34m) over a five-year period from 2011.

Mr Saikawa said he believed the misconduct “went on for a long period”.

From 2010, Japanese firms have been required to disclose the salaries of executives who earn more than 100m yen.

The carmaker added that it had been providing information to the Japanese Public Prosecutors Office and would continue to do so.

Nissan said it also planned to oust senior executive Greg Kelly, who had been “deeply involved” in the misconduct.

Mr Kelly – who has also been arrested, according to the firm – was described as a close aide to Mr Ghosn. Mr Saikawa said he was able to “exert influence” in the company.

As well as being chairman of Nissan, Mr Ghosn is also chairman and chief executive of Renault and chairman of Mitsubishi Motors.

In addition, he is chairman and chief executive of the Renault-Nissan-Mitsubishi Motors strategic alliance. Shares in Renault fell sharply after the news, dropping almost 13%.

Who is Carlos Ghosn?

The French state owns 15% of Renault, which in turn holds a 43.4% stake in Nissan. French President Emmanuel Macron said the country would work to preserve the stability of Renault and its alliance with Nissan.

“As a shareholder… however, the French government will remain extremely vigilant regarding the stability of the alliance, the (Renault) group and… its employees, who have the full support of the state.”

Mr Ghosn has been a titan of the motor industry for nearly 20 years. He was responsible for a dramatic turnaround at Nissan in the early 2000s when the car firm was on the verge of bankruptcy.

Dubbed the “cost-killer” in the 1990s for slashing jobs and closing factories, his reputation was cemented after his strategy succeeded.

Mr Ghosn began his career at Michelin in France, moving on to Renault. He joined Nissan in 1999 after Renault bought a controlling stake and became its chief executive in 2001. Mr Ghosn remained in that post until last year.

Carlos Ghosn is a towering figure in the motor industry. He has been credited with turning around both Renault and Nissan, before going on to become the linchpin of the Renault-Nissan Alliance. That Franco-Japanese axis, which also now includes Mitsubishi, is one of the world’s biggest carmakers.

Today’s announcements seem to undermine that strategy. It’s not clear what Renault will now do. But plans for an orderly succession – and potentially the entire future of the rather unwieldy Renault-Nissan-Mitsubishi structure – may well have been thrown wide open.