Spread the love Tucson, AZ — In a state-run boys home in Tucson, a teenager who was also a quadruple… 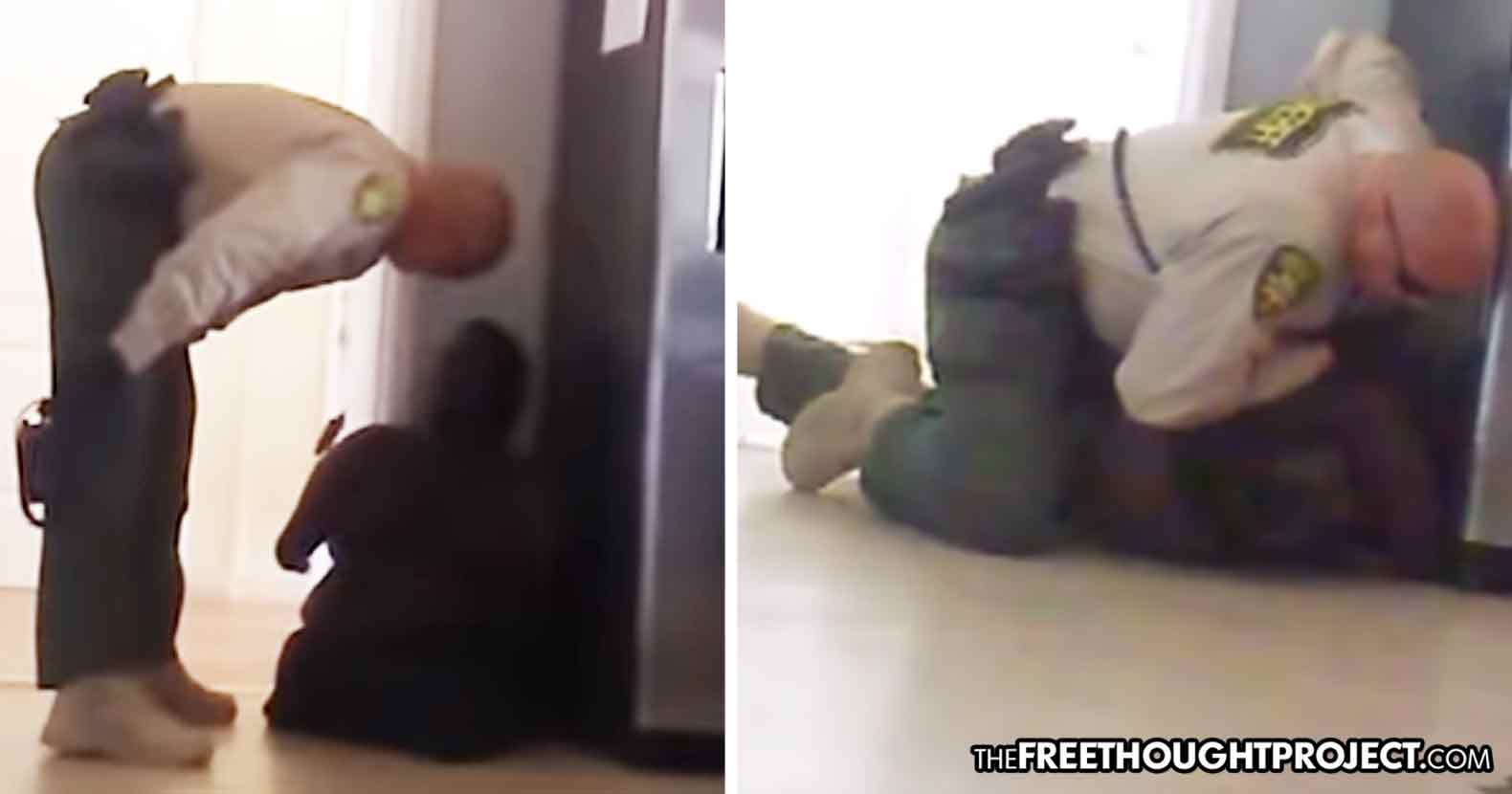 Tucson, AZ — In a state-run boys home in Tucson, a teenager who was also a quadruple amputee, was roughed up and cussed at by a Pima County deputy. Most of the incident was caught on film and both the teen, as well as his friend who was filming the police contact, were arrested on disorderly conduct charges. This was the first time TFTP has ever reported on a police officer beating a quadruple amputee. As we predicted back in November, despite the horrific video, the cop who attacked the teen got off Scot free.

In regard to the incident, Chief Trial Counsel Nicol R. Green stated there was not “sufficient evidence” to prove excessive force was used:

Such charges would have to be predicated upon evidence sufficient not merely to demonstrate probable cause, but to prove beyond a reasonable doubt that the level of force used was excessive. The evidence here is not sufficient to meet that high burden of proof. For these reasons, the Pima County Attorney’s Office declines to file any criminal charges against Deputy Van Santen arising from this incident.

As we reported at the time, the 16-year-old amputee, referred to as I.O. in the investigation was reportedly out of control, had knocked over a trash can, and leaders at the group home called the police for help with the young man. Having no arms nor legs, he was considered threatening enough to involve law enforcement, who came and promptly put an end to the tirade.

Imagine you were this boy with no limbs who just got tackled by this large man with a badge and gun and this man is now screaming in your face and he’s now threatening your friend who’s recording this whole incident…Absolutely, that’s egregious.

Feinman went one step further, calling for the officer to be terminated.  The public defender told KOLD:

Men with badges should not be acting this way…Men and women who do act this way should not have badges and a gun.

This week, we have found out that this will not happen.

The young man had reportedly been abandoned by his parents and forced to live in the group home as a ward of the state. The optics of a healthy lawman subduing a quadruple amputee cannot be understated. It was utterly shocking. Still, the officer was simply “doing his job” and if the boy had all of his extremities, the story would probably not even be newsworthy.

As with any police accountability story we write, the question remains, “Should the officer have apprehended the teenager differently? Is it not humiliating enough to be so low to the ground? The officer wrestled the quadruple amputee to the ground and then the child was humiliated as he was laid down upon by a husky officer of the peace.

Later, he cursed at the teen, further demeaning the young, some could say, helpless teen. After securing the teenager, cops then turned their attention to the friend who was recording the incident, also a teenager. He was detained, and placed in handcuffs, but not before the arresting officer gave a complimentary slam of the young man head’s on the wall.

According to their “investigation,” this slam was also not consistent with excessive force. Although when you watch the video below, you will likely disagree.

Rightfully so, defense attorney’s for Pima County were outraged. Reporters, likewise, reached out to the officer’s superiors for answers. However, their answer has come in the form of inaction and a lack of accountability.

While this was the first time TFTP reported on the abuse of a child quadruple amputee by police, abuse of amputees by cops is not new and is not limited to law enforcement officers in the United States. As TFTP reported a French triple amputee was also humiliated when cops insisted on searching him while he was waiting for a train.

In that instance, police took off all of his prosthetic limbs and then left him on the floor of the train station to put his legs back on. Abusing amputees is one of the actions one would think is preventable. After all, for the most part, amputees are incapable of jeopardizing officer safety. If cops cannot handle amputees without abusing them, they just need to quit, be fired, or be arrested. Sadly, this did not happen in Tuscon.