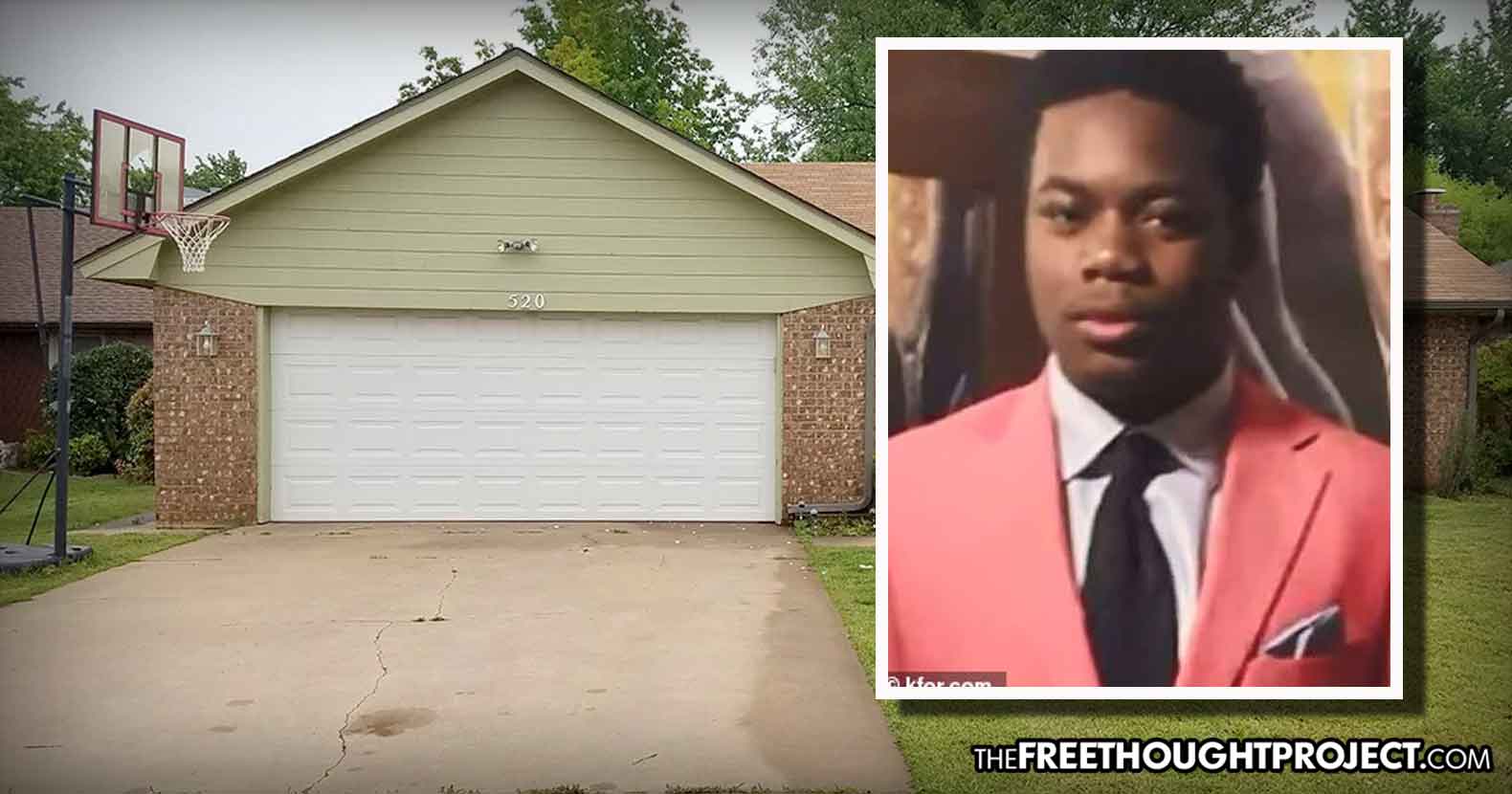 Oklahoma City, OK — Isaiah Mark Lewis, 17, was going to graduate high school last May. However, he’ll never walk down that aisle now thanks to two police officers who put multiple rounds into the teen’s body two weeks before he graduated. Lewis was unarmed and naked when Edmond police ended his life during a confrontation. Despite these facts, Oklahoma prosecutors cleared both of those officers this week.

Officer Denton Scherman of the Edmond Police Department “was acting pursuant to Oklahoma statute” in an effort to protect himself and Sgt. Milo Box when Scherman fatally shot 17-year-old Isaiah Mark Lewis on April 29, Oklahoma County Dist. Atty. David Prater said this week, according to the Associated Press.

Under state law, an officer is justified in the use of deadly force when the officer “perceived a threat of serious bodily harm to themselves or another person,” Prater said in a statement.

According to police, they were responding to a 911 call over a domestic disturbance.

“Two girls, two white ladies,” the 911 caller said. “I guess the boyfriend is beating up on one of them.”

One of those girls was Lewis’ girlfriend Kamri Pollock who was one of the last people to see Lewis alive.

“My boyfriend just flipped out,” Pollock said on the 911 call, that she didn’t make. “I have no idea what is going on.”

Pollock told police that Lewis was not acting like himself — likely in the midst of a mental health breakdown.

According to NEWS9, a toxicology report would alter confirm that Lewis had only a small bit of THC in his system, but according to the DA’s statement it was not a level that concerned medical experts. The statement also noted Lewis had no reported mental health issues, but that cannot be ruled out as he was clearly in the midst of a crisis that night.

Although she admitted the two had an argument, she denies that Lewis ever hit her and noted that the pizza delivery driver — who called police because of the couple’s argument — was out of line.

“She [delivery driver] starts screaming and she was screaming for somebody to call 911,” Pollock would later tell KFOR. “I don’t think they [police] needed to get involved at all. Like when the neighbor was on the phone with them, I tried to stay calm and tried to take her phone from her and she was like no don’t take my phone from me.”

Pollack even went so far as to demand the police issue a retraction over the claims that Lewis attacked her.

Responding officers, 56-year-old Sgt. Milo Box and 24-year-old Officer Denton Scherman pursued Lewis on foot. When they caught up to him in the home, Lewis was hiding in a bedroom. Instead of trying to get the scared teen out peacefully, officers Tasered him and Lewis reportedly resisted officers and a violent confrontation ensued.

The officers said they attempted to taser Lewis, but then had no other option but to resort to deadly force and shoot the 17-year-old soon to be high school graduate. Lewis was naked and unarmed when he was killed by police.

“Both officers were violently assaulted during this confrontation inside the house,” Jenny Wagnon from the Edmond Police Department said.

As for Lewis’ family, they will have to take the word of the department on this one since neither of the officers were wearing a body camera.

“Our department is in the process of issuing body cameras later this year,” Wagnon said in a statement. “There are four issued for various officers to wear while on duty as we roll out our system, but none involved in the OIS were wearing a body camera.”

“I would think that a police department would be trained to handle situations like that,” T. Sheri Dickerson with Black Lives Matter said.

But they were not. Lewis was in need of professional help. Sadly, however, he got two police officers instead.

According to Newsone, Lewis’ family said the cops’ narrative amounted to character assassination that may have also been a tactic to control the legal process that was expected to follow the shooting. Judging from the ruling this week, that likely happened.

“They don’t get to assassinate my son’s character,” Vicki Lewis said during a press conference at the time.

Vicki is still demanding that the truth of the case come out, especially considering the fact that just two months before they killed Lewis, the same police department was able to peacefully arrest a white teenager who had just murdered both of his parents.

I’ve never been a person to make everything about race. I was married to a white woman, and I have 4, Bi racial kids….

Elijah Walker was charged with two counts of first-degree murder and was accused of shooting his parents “multiple times,” News 9 reported at the time. After murdering his parents, Walker also had a handgun in possession, yet the very same department that killed Lewis, never fired a single shot when taking him in.

The family has since filed a lawsuit against the department for unnecessarily tasering and then killing their son.

“The officers knew Isaiah was in crisis, the officers knew he was unarmed and was naked, he could not be grabbing for the weapon,” civil rights attorney Andrew Stroth said during the announcement of the lawsuit.

“The hardest thing I’ve ever had to do is go and look at my child laying in a casket with part of his face missing,” said Vicki.

As Media Focuses on COVID19, Study Finds ‘Fire Did Not Cause Building 7’s Collapse on 9/11’