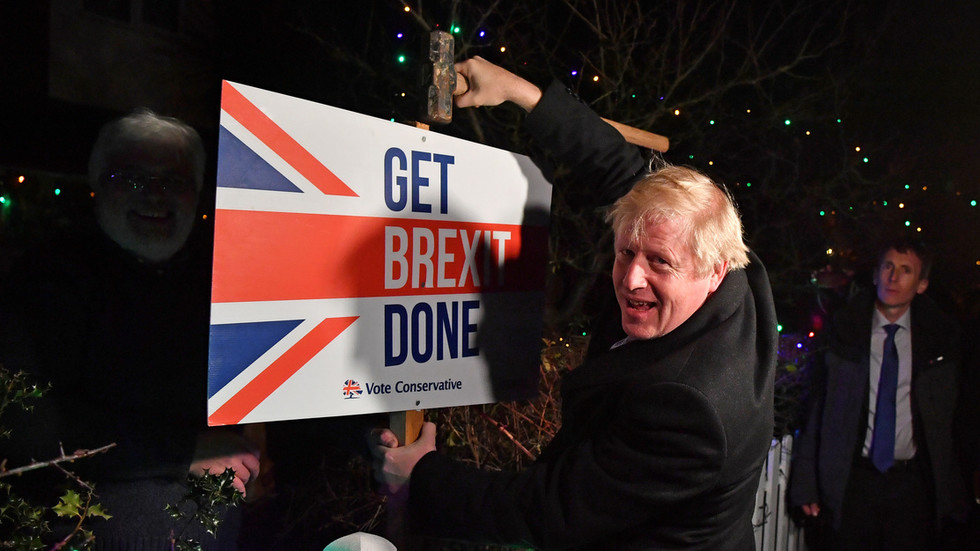 The British government sees no need to look again at the Brexit referendum because it has no evidence that Russia affected its outcome in any way. The comments came after the release of a parliamentary report on the issue.

A statement released by the Boris Johnson government said “a retrospective assessment of the EU referendum is not necessary” after a long-awaited Parliament report on Russia and its alleged influence on British politics finally became public.

We have seen no evidence of successful interference in the EU referendum.

Johnson was among the most vocal advocates of Britain leaving the European Union. Last year he won a general election on a promise to “get Brexit done” after embarrassingly protracted negotiations on its terms under his predecessor, Prime Minister Theresa May.

The Russia report prepared by the Parliament’s Intelligence and Security Committee (ICS) was published on Tuesday after months of delays. It noted that, when MPs asked spy agency MI5 if they had evidence of Russian interference in the Brexit vote, the agency “initially provided just six lines of text” before referring to public data. This indicated “extreme caution” among the intelligence agencies to touch the contentious vote, the report said.

Labour ISC member Kevan Jones said on Tuesday that no evidence had been found by the government “because no one asked the work to be done,” accusing the Tories of failing to protect the Brexit vote from possible Russian meddling.

The report has for months been the focus of political football in the UK. Initially scheduled to be released in October 2019, it was shelved by the Johnson cabinet. Critics claimed that this had been done to boost Tory election chances in the December general election, which may have been damaged by the report’s content.

Russia has dismissed the claims made in the document, saying they went along the usual lines of baseless accusations and speculation that many Western nations –and the UK in particular– have been sticking to for years.