College football is deeply ingrained in popular American culture and represents one of the most important mechanisms to foment social cohesion in the country. Owing to the close ties between the government and military and America’s institutions of higher learning, often through research grants and recruitment programs, it will come as no surprise that the amateur, albeit massively profitable sport would be used as a testing ground for a surveillance tracking app developed more than six years ago by a Microsoft engineer.

Tim Brookings, a principal engineer at the software giant and CEO of ProudCrowd, created an app called “Bison Tracker” to follow the movements of thousands of football fans across the country over the course of North Dakota State’s 2013 perfect 15-0 season, on route to their third consecutive Division 1 national championship. The app, which was made available on both Android and Apple devices, was billed as a way to build comradery among fans by letting each other “know where they are tailgating or where they are sitting in any stadium.“

Fast forward to 2020 when former colleague of Brookings at Microsoft and now governor of North Dakota, Doug Burgum, launched a public-private partnership with ProudCrowd and the North Dakota DOH (NDDoH) to develop a free mobile app based on the popular fan-tracking app to “help slow the spread of COVID-19” called Care 19. The new app will rely on the “Exposure Notification API” technology developed by Apple and Google in a “landmark partnership” announced in April.

In a statement issued on May 20 from Bismarck, Governor Burgum rolled out the smartphone application, underscoring his excitement “to be among the first states in the nation to utilize” the technology. The Care 19 app will assign random ID numbers and “anonymously cache” people’s locations 24 hours a day. Users will be “encouraged” to divulge the nature of their daily activities, distinguishing work and grocery shopping and “given the opportunity to consent to provide their information”.

The app will use Bluetooth proximity tracking technology to determine how close people are to one another and also time their presence at any particular location, storing a user’s information after ten minutes in one place and flag anyone lingering in a certain spot over 15 minutes as being at “high risk” for contracting the virus.

Care 19 is one of several apps using the Apple/Google API that is being deployed in different states like North Dakota, Alabama, and South Carolina, as well as 22 countries worldwide. Alabama’s governor, Kay Ivey, tweeted about her State’s health department’s deal with Apple and Google yesterday.

This week @ALPublicHealth inked a deal with @Apple & @Google, to use their contact tracing app to track those who may have been exposed to #COVID19 using Bluetooth signals. We’re proud AL has the opportunity to be 1 of the first 3 states to utilize this resource. #TogetherAL 3/6

Not everyone is jumping on board with the app-based tracking system and although some states, like Massachusetts, are taking an in-person tracking approach, a majority of U.S. states are yet to commit to any specific tracking or tracing method as the COVID-19 pandemic subsides. However, many states are developing their own separate solutions also in partnership with Microsoft, such as Washington’s “CovidSafe.“

Notably, the UK’s NHS is reportedly opting to develop their own tracking software independently of the Apple/Google API. The move has come under criticism for looking to work under a more centralized data-collection system, which some argue is more vulnerable to hacking. Apple has released a somewhat comprehensive list of guidelines designed to quell fears of privacy concerns, but it is unclear how strictly these will be followed or if Google – Apple’s partner in the human tracking venture – has released any similar guidelines.

A recent “error” by UK outsourcing company Serco, which has been working with the UK and several countries in Europe and Asia on COVID-19 tracking and tracing programs resulted in the accidental sharing of nearly 300 email addresses. While seemingly minor in scope, the slip up only buttresses the general perception of how easy it is to breach digital databases.

North Dakota Governor Burgum’s relationship with Microsoft founder Bill Gates dates back many years and the billionaire tech entrepreneur was one of Burgum’s biggest donors in his 2016 run for the state’s highest office, contributing over $ 100,000 to his campaign coffers. In addition, Burgum sold his Fargo-based software company Great Plains Software to Gates in 2001 for $ 1.1 Billion. 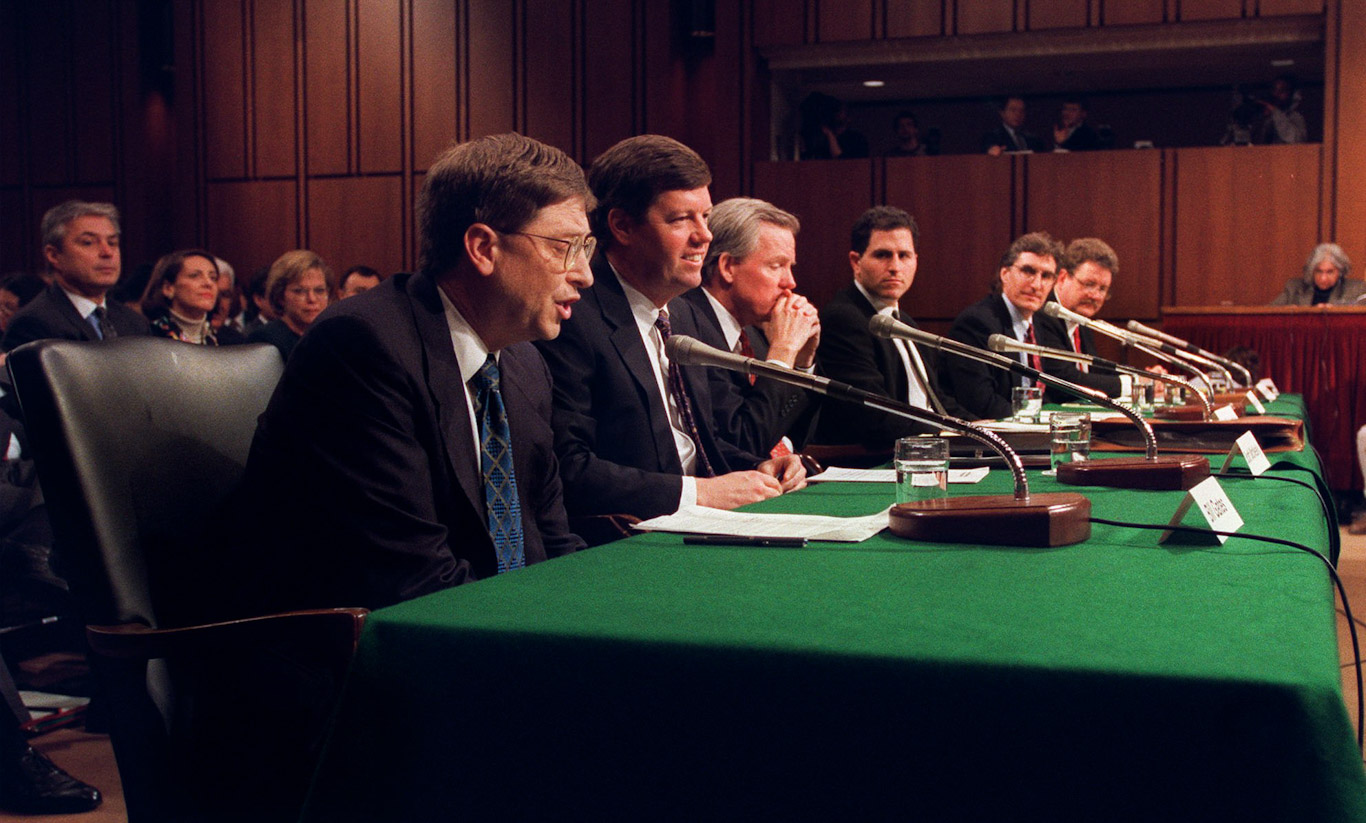 Burgum, who is described as a “very data-driven man,” seems to be uniquely positioned to profit at some point from the prevailing COVID-19 hysteria, given the revolving-door nature of politics in America today and his deep ties to a tech industry that is currently so involved in coming up with novel ways to surveil Americans. Perhaps it might not be a bad idea to keep a close eye on the governor, himself, and his friends.

Feature photo | The Care19 app is seen on a cell phone screen, May 22, 2020, in Sioux Falls, S.D. Care19, a contact tracing app is being pushed by the governors of North Dakota and South Dakota as a tool to trace exposure to the coronavirus. Stephen Groves | AP

A Trojan Horse? PathCheck’s Contact Tracing App Coming to Minnesota and the World

How China Won the Middle East Without Firing a Single Bullet