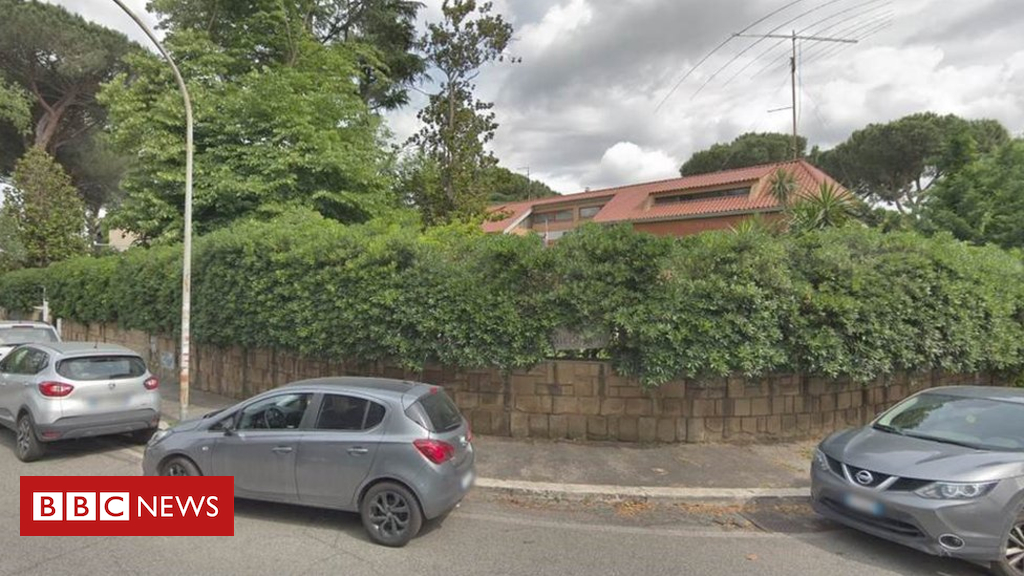 The announcement follows unconfirmed reports that Pyongyang’s top diplomat in Italy had sought asylum from an unidentified Western country.

The last senior diplomat to defect was the deputy ambassador in London.

Thae Yong-ho abandoned his post in 2016, along with his wife and children. He defected to South Korea.

As one of the highest-ranking officials to ever defect from the North, his move was seen as a blow to Kim Jong-un’s regime. He would go on to urge the world to spread information in North Korea to undermine Mr Kim’s status among his people.

Speaking after a briefing from the spy agency on Thursday, Kim Min-ki, a government MP, told reporters that Mr Jo fled the Rome embassy more than a month ago.

South Korean’s National Intelligence Service, which interrogates all defectors from the North, told lawmakers they had not had any contact from him since then. The agency would not confirm that he is trying to defect to another country.

Mr Jo’s wife is believed to be with him.

Italy’s foreign ministry has told the BBC that it has no record of an asylum request made by Mr Jo.

Diplomatic sources said the last Italy heard of him was when officials received a note last year from the North Korean government saying that Mr Jo was being replaced.

South Korean newspaper JoongAng Ilbo has reported that Mr Jo is in a “safe place” with his family, citing a diplomatic source.

Analysis by the BBC’s Laura Bicker in Seoul

High-profile defections by one of North Korea’s elite are rare and would be a huge embarrassment for leader Kim Jong-un. State media has often insisted that any defections by diplomats are part of a plot by South Korea or the United States to undermine its government.

Pyongyang considers them traitors to the country and its people, and defectors say there can be severe consequences for any family members left behind.

The last senior diplomat to defect, Thae Yong-ho, once said that he made his decision as he wanted to give his two sons an education outside the impoverished state.

He has told reporters in South Korea that he worked with Jo Song-gil. He claimed that Mr Jo was responsible for delivering luxury goods to North Korea via an Italian company and that he may know more about Pyongyang’s nuclear plans.

This is the kind of information US intelligence services would be keen to get their hands on.

But where is the 48-year-old envoy? Has he asked for asylum? It is unlikely any country will confirm Jo Song-gil’s whereabouts until it is clear he and his family are safe.

What do we know about Mr Jo?

Mr Jo, 48, has been acting ambassador in Rome since October 2017 after Italy expelled then-ambassador Mun Jong-nam in protest over a North Korean nuclear test a month earlier.

North Korea’s embassy in Italy manages relations with the UN’s Rome-based Food and Agriculture Organization, which provides important aid to the country.

North Korean diplomats stationed abroad usually have to leave several family members behind in Pyongyang to prevent their defection.

But Mr Jo is thought to have been in Rome with his wife and children, privileges that suggest his family is influential.

Both his father and father-in-law were diplomats. His father-in-law Lee Do-seop was a well-known ambassador to Thailand and Hong Kong, according to Thae Yong-ho.

How unusual is this?

North Korean representatives overseas are said to be closely watched by their fellow diplomats for any sign of disloyalty to the regime.

However several have defected over the past few decades.

They include Ko Yong-hwan and Hyon Song-il, who defected to the South in 1991 and 1996 respectively after abandoning their posts in Africa.

Jang Sung-gil, a former ambassador to Egypt, took asylum in the US in 1997 with his family, including a brother who was a diplomat working in London.

The disappearance of Jo Song-gil comes after a year that saw a dramatic turnaround in relations between North and South Korea, with three meetings held between the countries’ leaders.

But if Mr Jo has indeed defected, it will not impact inter-Korean relations, “unless Pyongyang thinks the escape was arranged by South Korean authorities”, Koh Yu-hwan, a professor of North Korean studies at Dongguk University in Seoul, told the AFP news agency.