North Korea has fired two short-range missiles in its second weapons test in less than a week, the South Korean… 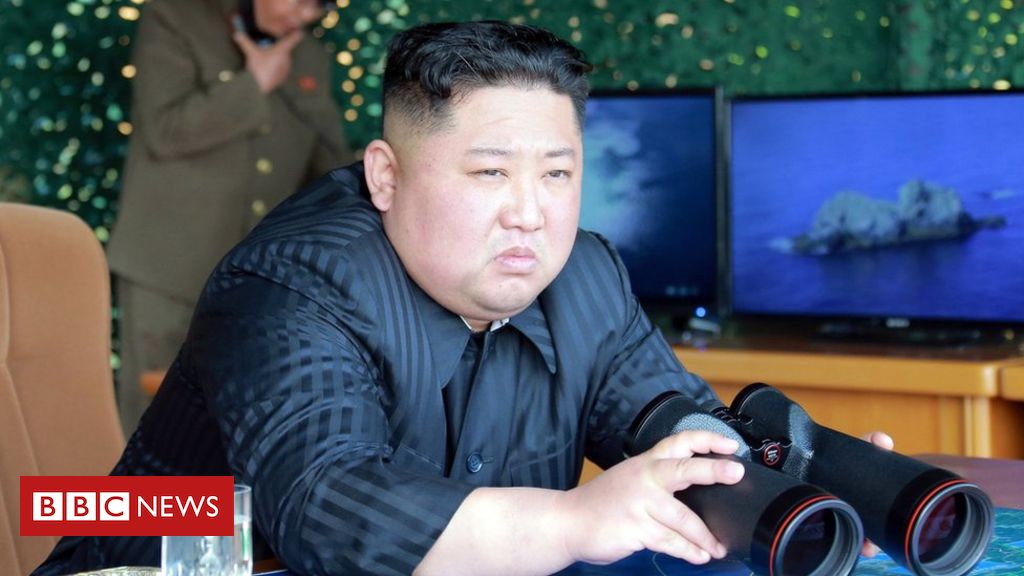 North Korea has fired two short-range missiles in its second weapons test in less than a week, the South Korean military says.

The missiles fired from the north-western city of Kusong travelled 420km (260 miles) and 270km towards the east.

It came hours after the top US envoy arrived in South Korea for talks on how to revive nuclear negotiations.

Analysts say the North is trying to increase pressure on the US over its failure to make concessions.

A meeting in Vietnam between North Korean leader Kim Jong-un and US President Donald Trump ended without agreement in February with the US insisting North Korea give up its nuclear programme and Pyongyang demanding sanctions relief.

What do we know about the latest firing?

The two missiles were fired at about 16:30 local time (07:30 GMT) and reached an altitude of about 50km before falling into the sea, South Korea’s Joint Chiefs of Staff said in a statement.

They were launched from Kusong, some 160km from the capital, Pyongyang. Detailed analysis was being carried out in co-operation with US intelligence officials, it added.

On Saturday, the North fired several short-range missiles, the first missile test since it launched an intercontinental ballistic missile in November 2017.

Pyongyang has also warned Washington that its patience to do a deal involving the easing of sanctions will not last long before it takes what Mr Kim has described as a “new path”, our correspondent adds.

South Korea’s presidency said the launches were “very worrisome” and unhelpful for efforts to reduce tensions.

What about the nuclear impasse?

Hours earlier, US Special Representative on North Korea Stephen Biegun arrived in the South Korean capital, Seoul, to discuss ways of getting denuclearisation talks back on track amid rising tensions between the countries since their failed summit.

He is expected to discuss ways to provide humanitarian food aid to North Korea amid reports that it had suffered its worst harvest in decades, leading to chronic food shortages.

The country claims it has developed a nuclear bomb small enough to fit on a long-range missile, as well as ballistic missiles that could potentially reach the US mainland.

Meanwhile, the US has halted efforts to retrieve the remains of its troops killed during the 1950-1953 Korean War amid a breakdown in communications following their failed summit.