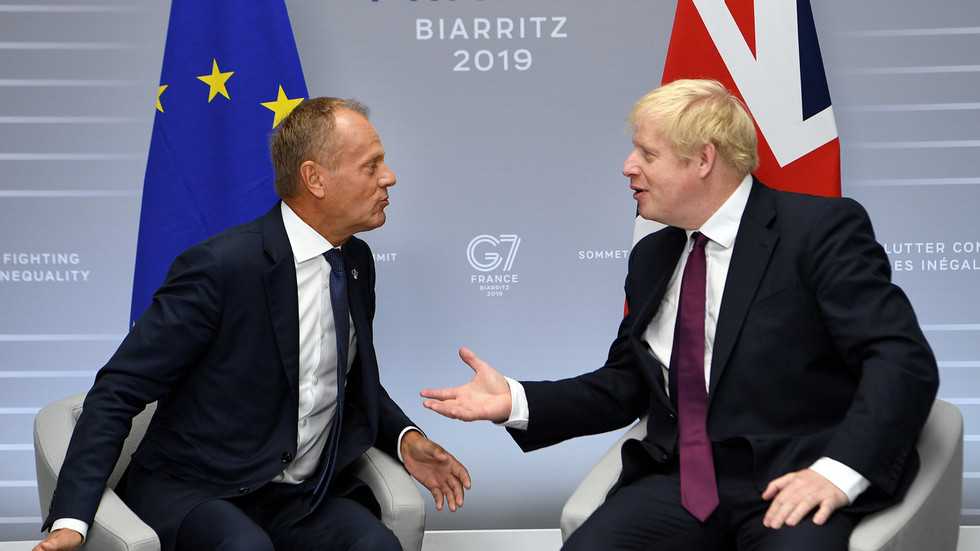 European Union Council President Donald Tusk has delivered a ferocious attack on UK PM Boris Johnson on social media, telling him that Brexit is not all about “winning some stupid blame game.”

It’s safe to say Tusk has not taken favorably to No. 10’s response to Johnson and German Chancellor Angela Merkel’s phone call exchange on Tuesday, where they discussed the ongoing Brexit crisis.

The EC president took to Twitter to blast Johnson for seemingly treating Brexit as a game, rather than thinking about the future for people in the EU and the UK. Tusk ostensibly goaded Johnson in Latin – a classical language the Etonian regularly indulges in – tweeting: “quo vadis [Where are you marching]?”

Merkel warned Johnson that for any chance of a deal Northern Ireland has to remain in the EU’s customs union. Downing Street reacted by insisting that if that was the bloc’s new Brexit position then an agreement was “essentially impossible not just now but ever.”

Last week Brussels gave a brutal response to the UK government’s new proposals for a Brexit deal, claiming they could not even serve as a rough outline for a final agreement. Johnson has been rushing to strike a deal ahead of the October 31 deadline for leaving the bloc.