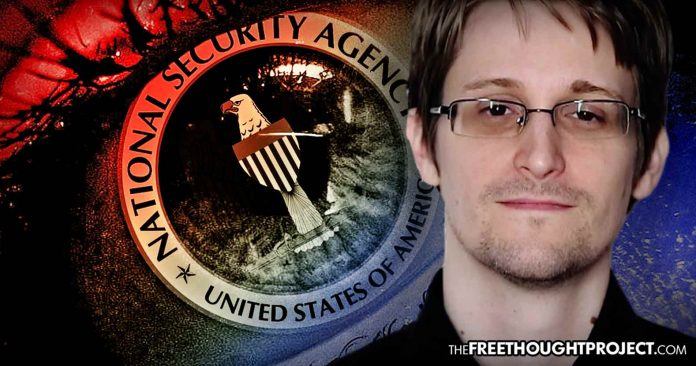 The New York Times noted that House minority leader national security adviser Luke Murry told The Lawfare Podcast that the NSA “hasn’t actually been using it for the past six months,” and that he’s “not certain that the [Trump] administration will want to start that back up” (despite collecting 530 million US phone records in 2017)

Keep in mind, the NYT report isn’t claiming the NSA has abandoned other programs such as XKeyscore – which the agency uses to search and analyze global internet data. When asked by German broadcaster Norddeutscher Rundfunk “What could you do if you would use XKeyscore?” Edward Snowden replied:

You could read anyone’s email in the world, anybody you’ve got an email address for. Any website: You can watch traffic to and from it. Any computer that an individual sits at: You can watch it. Any laptop that you’re tracking: you can follow it as it moves from place to place throughout the world. It’s a one-stop-shop for access to the NSA’s information.

… You can tag individuals … Let’s say you work at a major German corporation and I want access to that network, I can track your username on a website on a form somewhere, I can track your real name, I can track associations with your friends and I can build what’s called a fingerprint, which is network activity unique to you, which means anywhere you go in the world, anywhere you try to sort of hide your online presence, your identity. –Edward Snowden

Of note, former Director of National Intelligence, James Clapper, was caught lying to Congress about the NSA’s bulk data collection. In response to a 2013 question by Sen. Ron Wyden (D-OR) “Does the NSA collect any type of data at all on millions, or hundreds of millions, of Americans?,” Clapper replied: “No sir, not wittingly.”

Instead of a DOJ subpoena for lying to Congress, Clapper now collects a paycheck as a CNN contributor.

Initiated under President George W. Bush in 2001 in the wake of the Sept. 11 attacks and exposed by intelligence contractor Edward Snowden, the bulk metadata collection program was scaled back under the 2015 Freedom Act – set to expire this year, which kept records in the hands of carriers such as AT&T and Verizon that could quickly be accessed via a court order.

Yet the scale of collection remained huge: The program gathered 151 million records in 2016, despite obtaining court orders to use the system on only 42 terrorism suspects in 2016, along with a few left over from late 2015. In 2017, it obtained orders for 40 targets and collected 534 million records.

Problems with the system emerged last year, when the National Security Agency said it had decided to delete its entire database of records gathered since the Freedom Act system became operational. Glenn S. Gerstell, the agency’s general counsel, said in an interview at the time that because of complex technical glitches, one or more telecom providers — he declined to say which — had responded to court orders for records by sending logs to the agency that included both accurate and inaccurate data. –New York Times

Last year the NSA acknowledged that due to “technical problems,” it collected records on people in the US that it did not have the authority to surveil. As a result, the records were reportedly purged.

The agency issued a statement in June notifying the public that in May it began to delete all so-called “call detail records” (CDRs) collected since 2015.

CDRs are handed over by telecommunications providers, and contain metadata – including phone numbers as well as the time and duration of phone calls. The actual content of the calls themselves is not monitored by this system. Skype (and therefore Microsoft), however, provides a bit more to the US Government as revealed by Edward Snowden – handing the NSA “buddy lists, credit card data, call records and user account information,” and possibly the plaintext inside of messages, according to Arstechnica.

To that end, the “shocking” 2017 figure of 534 million CDRs collected pales in comparison to the estimated billions of records collected each day under the older NSA bulk collection system – an earlier iteration of which was exposed by NSA whistleblower William Binney.

Since it’s unlikely that the US government has kicked its addiction to surveillance, one can only imagine that the NSA has moved on to bigger and better technologies to keep us all ‘safe.’

Governments Will Turn The Recession Into A Depression