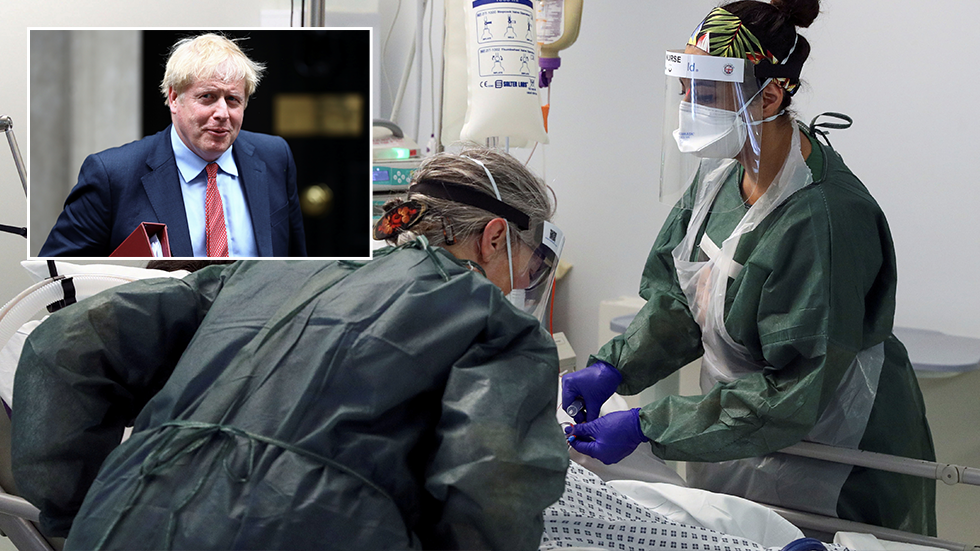 A training event where nurses were not wearing masks or keeping two-meters apart led to an outbreak of Covid-19 at PM Boris Johnson’s constituency hospital forcing it to close to emergencies, an investigation has reportedly found.

According to the Guardian, an inquiry by Hillingdon hospital in West London has found that a nurse who had Covid-19 unknowingly infected 16 of her colleagues during a training session they all took part in on June 30, in what one doctor described as a “super-spreading event.”

The investigation was prompted after 70 NHS staff at the hospital were sent home to self-isolate after a number of them tested positive for the deadly disease. As a result, the hospital – which serves Johnson’s constituency of Uxbridge and South Ruislip – took the drastic measure of closing its Accident and Emergencies department (A&E).

The inquiry has pinpointed a training session as the source of the outbreak. Hospital sources allege that not everyone at the event wore masks or kept socially distant at two-meters apart.

The nurse who passed on the infection is thought to have contracted the virus from a patient who had recently returned from abroad and was being treated for the disease at the hospital’s acute medical unit.

The nurse reportedly became so ill during the training session that she ended up being taken into the hospital’s A&E. The 16 other staff members she infected worked primarily alongside her in the acute medical unit or in the A&E department.

Hospital policy dictates that all members of staff should wear a face mask while at work to reduce the risk of infection.

The trust in question has declined to explain why the training session went ahead. In a statement to the Guardian, they said that there was an “ongoing investigation” into the incident, and insisted that they were “taking appropriate actions to reduce transmission in line with Public Health England guidance.”

It comes after a rise in the number of local flare-ups of coronavirus, the latest being in Herefordshire. On Sunday, Public Health England and the local council announced that around 200 workers at AS Green & Co – a vegetable producer – had been quarantined following an outbreak, with 73 employees testing positive for the virus.

Writing in the Telegraph on Sunday, UK Health Secretary Matt Hancock revealed that councils around the country were tackling more than 100 localized Covid-19 spikes each week.