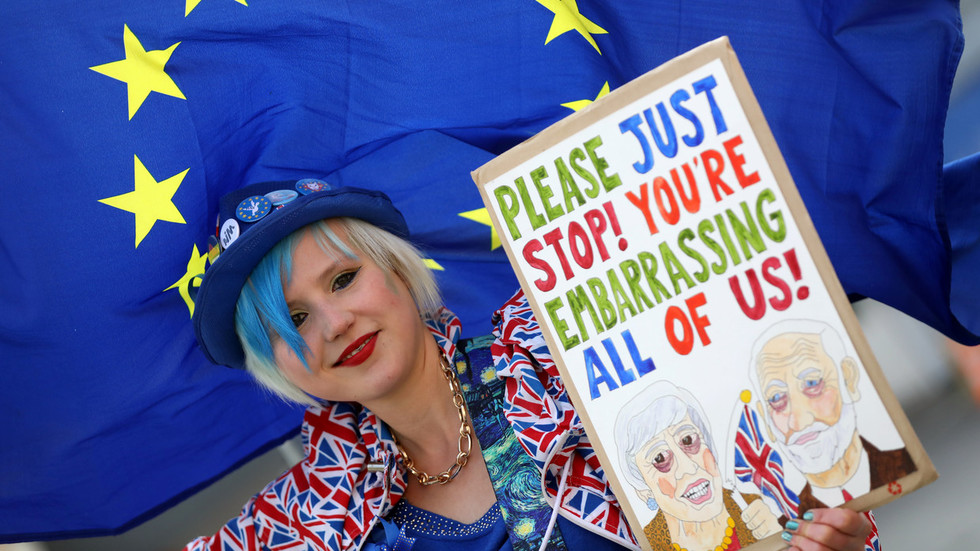 EU officials leading Brexit negotiations have been caught on camera using several choice words to describe the utter chaos to which they have apparently been subjected to by British Prime Minister Theresa May’s Brexit delegates.

The fly-on-the-wall BBC documentary, ‘Brexit: Behind Closed Doors’ will be shown in two parts and focuses on the Brexit misadventures of the EU Parliament’s chief negotiator Guy Verhofstadt and his team. Despite the polite, diplomatic language used in public, tensions were apparently extremely fraught behind the scenes, with the EU team branding British negotiations “insane” and “pathetic.”

During one scene, EU negotiator Michel Barnier pleaded for someone “stable, available and reliable” from the British side with whom he could conduct the talks.

“We can’t ask too much of Britain, don’t overdo it,” Verhofstadt wryly replies.

After yet another breakdown in negotiations with the British prime minister, the mask of decorum appeared to slip for a moment.

“What the f*** is wrong with her. That’s insane … That’s ridiculous. Pathetic, pathetic,” Verhofstadt’s chief of staff Guillaume McLaughlin said when informed that the negotiations had broken down due to pressure from Northern Ireland’s DUP, whose leader Arlene Foster had derailed May’s Brexit deal over the border issue with the Republic of Ireland.

Also on rt.com Hypocrites for Ireland: The border that should never have been drawn

“Oh, f*** off!” McLaughlin later shouts at a screen on which May tells the Tory party conference that she is working hard to secure a deal on Brexit.

In yet another scene which showcases the utter frustration which has become the hallmark of the entire Brexit negotiation process, Edel Rettman Crosse, Verhofstadt’s top aide, describes then-Brexit Secretary David Davis as having his “head in the f***ing clouds” adding that May’s administration seemingly did not “really give a f***” about the border issue with the Republic of Ireland after all.

Shot by Belgian filmmaker Lode Desmet, who was granted exclusive access to Verhofstadt and his team for two years, the first half of the documentary airs Wednesday night.

May continues to engage with the British Labour Party in the hopes of securing a Brexit deal that will pass through the British House of Commons before May 22.

Also on rt.com Pro-EU Change UK is all at sea while Farage’s new Brexit Party flies high in polls

Meanwhile, the British government confirmed Tuesday that the UK will take part in the European Parliamentary elections on May 23 with the idea that any British MEPs who do get elected won’t actually take their seats, assuming negotiations go well. May confirmed her intention to resign once phase one of Brexit is completed.