President Donald Trump described his much anticipated meeting with Russian President Vladimir Putin as “off to a good start,” after… 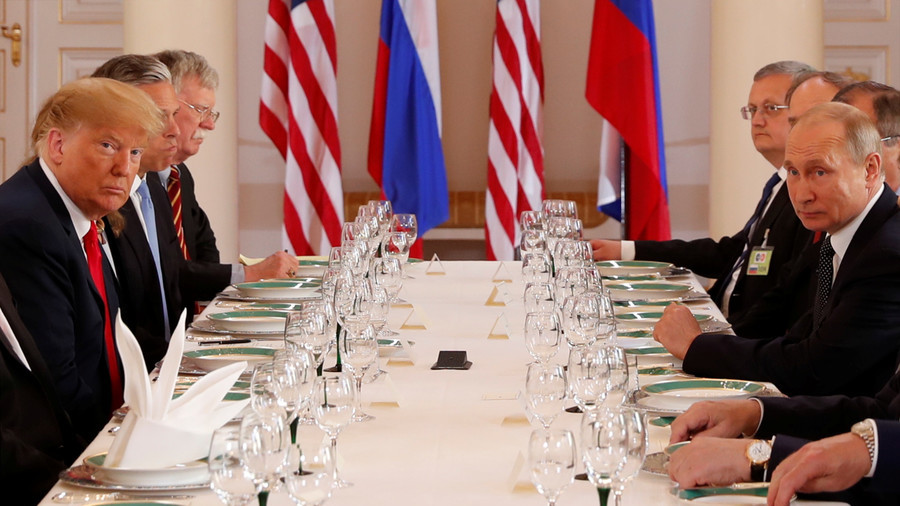 President Donald Trump described his much anticipated meeting with Russian President Vladimir Putin as “off to a good start,” after meeting one-on-one with Putin for over two hours on Monday.

Trump made his remarks to reporters before the start of a ‘working lunch’ with Putin and his aides, which followed the two leader’s private session.

Before meeting with Putin, Trump said that the US and Russia will end up having an “extraordinary relationship,” despite current difficulties, adding “I think the world wants to see us get along.” Before his private discussion with Putin, Trump told reporters that he intended to discuss “everything from trade to military to missiles to nuclear to China.”

Before the summit, Trump blamed previous administrations for the deterioration in relations between the US and Russia, tweeting: “Our relationship with Russia has NEVER been worse thanks to many years of U.S. foolishness and stupidity and now, the Rigged Witch Hunt!” – a reference to the ongoing and thus far unsuccessful Mueller investigation.

The meeting took place amid opposition from both Democrats and Republicans at home. White House Special Counsel Robert Mueller indicted 12 ‘Russian hackers’ on Friday, and the news was expected to cast a cloud over the summit, despite the fact that the ‘hackers’’ alleged offences took place during the Obama administration.