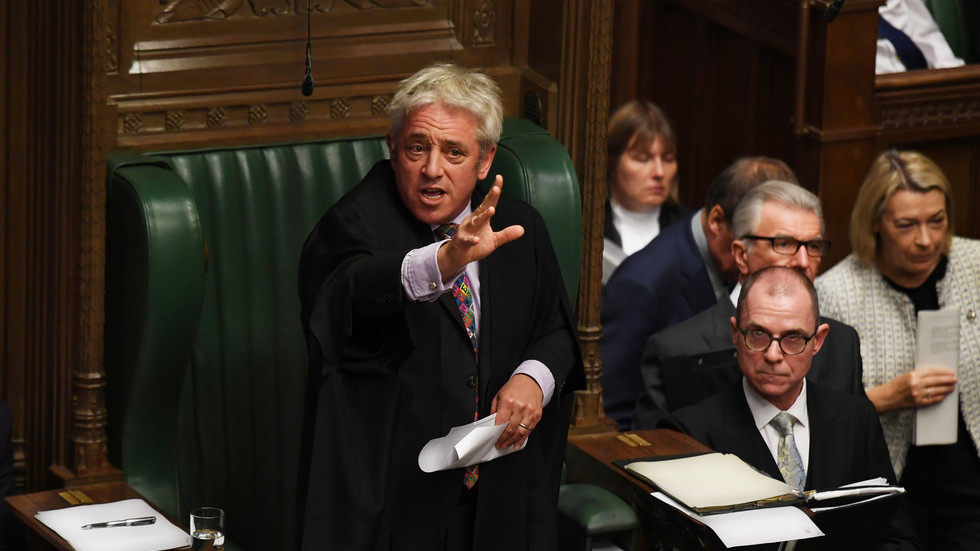 Former UK House Speaker John Bercow has gone fully international after an appearance on a talk show in Italy that saw him shouting his catchphrase “Order!” in Italian, to the amusement and horror to those watching online.

Renowned for his eccentric behavior and bellowing tones in the House of Commons, Bercow’s cries of “order!” are familiar to many, but delivering it in a foreign language on TV is a notable first.

Appearing on Italian TV show ‘Che Tempo Che Fa’ on Sunday, the hosts asked Bercow to shout his famous catchphrase in their native language. Bercow checked his pronunciation was correct before delivering a passionate rendition, that left him literally red-faced – not once but twice.

Bercow wasn’t finished there, though. Oh no. Later he showed the audience his Roger Federer mobile phone screensaver before yelling: “Federer!!! Federer!!” It was quickly followed by more “orders.”

The Italian audience ostensibly lapped up the former Speaker’s performance, but it prompted a mixed response on social media. One person on Twitter complained that Bercow had become a “performing circus act,” while another insisted that he had “no shame.”

I used to be Speaker of the House of Commons. Now I’m a performing seal.

However, there were others that saw the funny side and thought that this kind of TV appearance is “what he was born for.”

Bercow stepped down as House Speaker on October 31 after 10 years in the role and a number of controversial ‘run-ins’ with British MPs who accused him of being too much of an EU ‘remainer’ in the Brexit debate.

Bercow’s likely replacement is Labour’s Lindsay Hoyle, who is expected to be officially elected by lawmakers unopposed later this week, ahead of the Queen’s Speech.