Barely over a government-rocking reshuffle, UK Prime Minister Boris Johnson’s office has moved onto a fresh scandal, hiring an adviser… 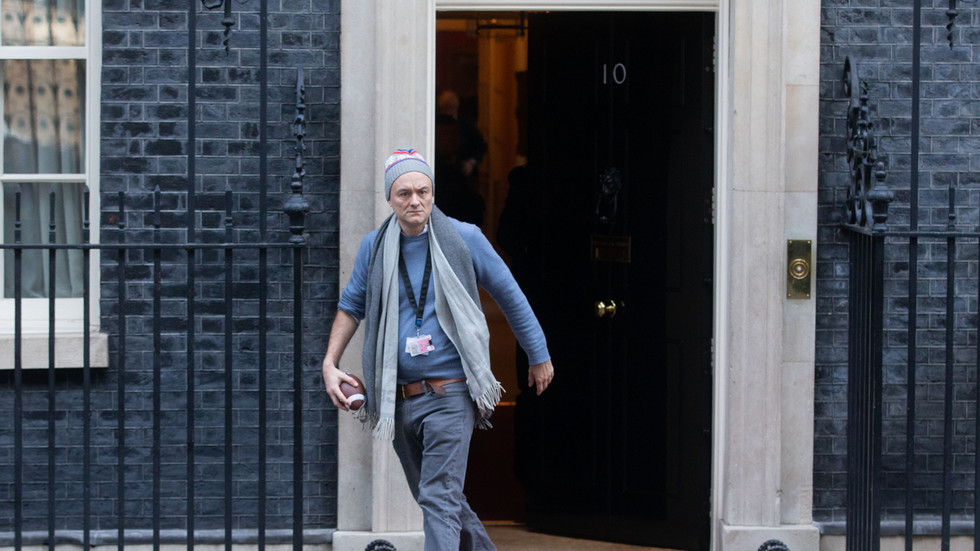 Andrew Sabisky was one of the hires made by 10 Downing Street after Johnson’s chief adviser Dominic Cummings made a high-profile call to stock the office with “misfits and weirdos”.

Also on rt.com ‘Cummings has retained his position as PM’: BoJo sidelined by Twitter over ‘reshuffle’ as chief adviser hailed for changes

Even the controversial Cummings might have got more than he bargained for, as it has emerged that 27-year-old Sabisky once called for a “universal contraception” program to stop the creation of a “permanent underclass,” and also said that the benefits of brain-boosting drugs were “probably worth a dead kid”.

The revelations began when the Times uncovered an interview Sabisky gave to Schools Weekly, in which he spoke in favor of giving children a dose of the cognitive-enhancement drug modafinil.

The Labour Party call for No 10 Downing St researcher Andrew Sabisky to be sacked from his job . We have “no words ” to describe his comments . @AthertonNWales will you back us in our call to get this Person removed from the centre of Government? https://t.co/5lO57ZSPSm

“From a societal perspective the benefits of giving everyone modafinil once a week are probably worth a dead kid once a year,” he said. The researcher, who describes himself as a “super-forecaster”, also highlighted the positives of eugenics in the controversial interview.

“Eugenics are about selecting ‘for’ good things,” he said. “Intelligence is largely inherited and it correlates with better outcomes: physical health, income, lower mental illness. There is no downside to having [a high] IQ except short-sightedness.”

Further revelations came in the Mail on Sunday, which reported that Sabisky also posted to a website run by Cummings, saying existing vaccination laws could pave the way for mandatory birth control.

“One way to get around [the problem] of unplanned pregnancies creating a permanent underclass would be to legally enforce universal uptake of long-term contraception at the onset of puberty… Vaccination laws give it a precedent, I would argue,” he wrote.

He also once tweeted that “women’s sport is more comparable to the Paralympics than it is to men’s.”

The extraordinary comments have sparked an avalanche of reaction, with the opposition Labour party calling for the adviser to be sacked. MP David Lammy called Sabisky “sinister,” while Shadow Cabinet Office Minister Jon Trickett said “there are really no words” to describe the hiring.

So when Dominic Cummings put out an advert for ‘weirdos’ to work in Number 10, it turns out he meant supporters of Eugenics. Deeply sinister. Andrew Sabisky should be nowhere near government. https://t.co/whzaPXsV5D

The outcry follows Sajid Javid’s resignation as chancellor after Number 10 tried to dictate who his advisers were. Downing Street has yet to publicly comment on the matter, but political reporters are tweeting that Sabisky’s days working in Downing Street are numbered. Did the super-forecaster see that one coming?

NEW: Have spoken to multiple special advisers who say they and their cabinet ministers will refuse to work with Andrew Sabisky— they won’t attend meetings where he is present or respond to his emails— they will tell Boris Johnson to overrule Dominic Cummings and sack Sabisky

So, how’s Covid-19 been for you? Not great, with over 40% of Brits in poor health or struggling financially, UK regulator says