The UK scrambled a Royal Navy warship and an RAF helicopter to follow a Russian Navy research ship as it passed through the English Channel. The move seems a bit overkill, as the Russian ship was not a ‘killing machine.’ 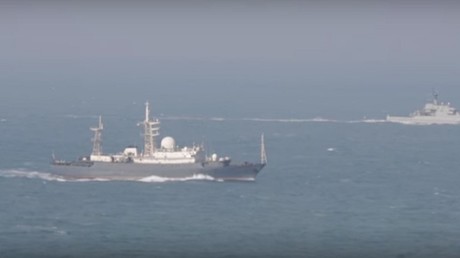 The Royal Navy’s HMS Diamond was sent to tail Russian Northern Fleet research ship Yantar on its way through the English Channel, the British Navy said in a statement on June 1, calling the Russian vessel a “spy ship.” It further added that the HMS Diamond, which is a Portsmouth-based Type 45 destroyer, “will continue to monitor the vessel’s movements and activities as it continues north.”

The Yantar, however, is far from being a warship. While indeed part of the Russian Northern Fleet, the vessel, commissioned in 2015, is designed to conduct deep-sea research. It can carry various manned and unmanned underwater vehicles, but has no armament.

The UK, however, apparently decided that a Royal Navy destroyer was not enough to shadow such a ‘scary’ Russian ship, as it also dispatched a Wildcat helicopter from the 815 Naval Air Squadron at RNAS Yeovilton to follow it. Wildcat helicopters are capable of carrying heavy machine guns, 20mm cannon pods, unguided or guided rockets, air-to-surface missiles, torpedoes, and depth charges.

The Russian vessel apparently was not conducting any suspicious activities, as the Royal Navy statement only mentioned that it was merely passing through the channel, thus approaching “the UK’s area of interest.”

The Yantar was returning from an 11-month expedition during which it conducted a geological and geophysical survey of the world’s oceans and seas, according to Russian Northern Fleet Commander Admiral Nikolay Yevmenov. 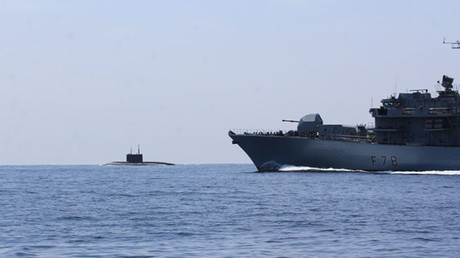 Britain’s actions also appear to be even more embarrassing since the Russian vessel was sent to help in the search of a missing Argentinian submarine that disappeared in the southern Atlantic in mid-November 2017.

Nevertheless, the British media did not hesitate to label it a “spy ship.”

The fact that the Yantar can carry underwater vessels that are technically capable of descending to the bottom of the sea and sending back images and collecting items has led to suspicions that it could disrupt or cut undersea communications cables.

The perceived threat of Russia’s Navy cutting underwater cables has been an obsession for some in the West for quite some time, at least since UK Defence Staff Chief Sir Stuart Peach first deployed this scary story. There is no evidence, however, that the Yantar has ever been implicated in any activities of the kind, according to the BBC.

The UK authorities seem to be focusing a lot of attention on naval encounters with Russian military vessels. In February, the Royal Navy said it was tracking every maneuver of Russian military ships passing through the English Channel. Facing all this fuss from London, Russia’s embassy in the UK said in April 2017 that “Russian warships on the high seas in the English Channel don’t need senseless escorts.”