Midwest. Wes Johnston, a 39-year-old Social Studies Teacher who seemed rather upset with the path he had chosen in life… 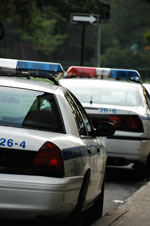 Midwest. Wes Johnston, a 39-year-old Social Studies Teacher who seemed rather upset with the path he had chosen in life by earning a Master's Degree in Education instead of a Business Degree, went completely berserk last Thursday, after a parent called him on the phone complaining that her 'snotty, uppity child' had special needs, and that she wouldn't be able to play volleyball during the spring semester if she couldn't pass his class.

Already overwhelmed with lesson plans, grading homework, and designing curriculum maps with educational strategies in accordance with DPI Standards, Mr. Johnston felt that he was losing control of himself while numerous other calls from concerned parents came through.

As the high school he was working for had invested all of its funds in a new gymnasium that was even bigger than the school building itself, and as Mr. Johnston was being constantly nagged-at by educational administrators to do a better job of teaching, he finally became demonically-possessed, ripped numerous locker doors off of their hinges, and began impaling everybody in sight with the broken metal shards he was able to fashion.

When Mr. and Mrs. Kramer came to his room and yelled at him because their son, Bryan, was expelled from the basketball team for failing a few quizzes, Mr. Johnston lopped their heads off with one of the metal shards, before he barreled down the main hallway in a psychotic rage that had never been seen before in the likes of human history.

After punching a few students in the face and ruthlessly impaling several of the teachers who had previously told him that he needs job mentoring, Mr. Johnston ripped the door of the administrative office apart with his bare hands, before tearing off the head of Principal Dwayne Schneider, and spiking it on the school's flag pole.

"You people were all Assholes in College! You partied! You experimented with drugs! You screwed everything in sight! You cheated on each other! And now that you're adults, you are phony and self-righteous enough to believe that your children deserve everything," he screamed before picking up a board with a nail on it and beating the shit out of the last few complaining parents who were still in the building.

With glowing red eyes and a heart full of anger that will never be fixed, Mr. Johnston grabbed the remaining metal shards that he had fashioned from the broken locker doors, and began impaling random community members who stand in gas station lines too long while fumbling around with credit cards as they pay for lottery tickets, ice cream cones, candy bars, and miscellaneous, stupid shit.

"I DON'T HAVE A TEMPER PROBLEM, GOD DAMNIT! LET GO OF ME!" Mr. Johnston hollered as the police took him away and put him in a special white room where he was allowed to talk to himself for hours upon hours.