With the economy taking it in the teeth from mandatory social distancing and restrictions on “non-essential” businesses, the Congressional Budget… 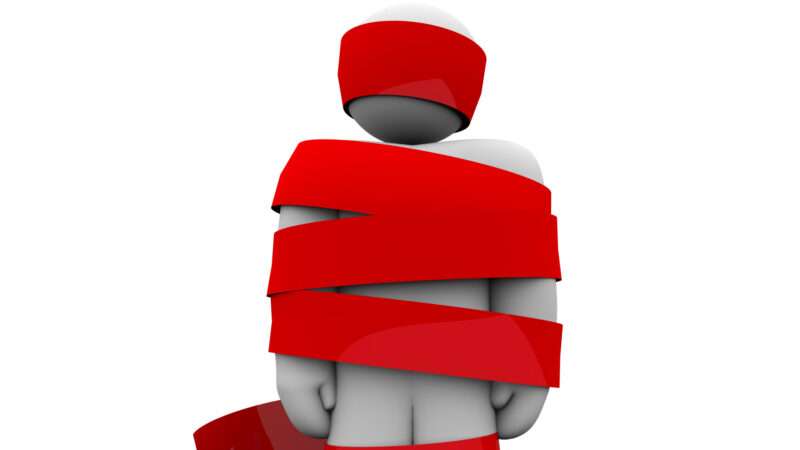 With the economy taking it in the teeth from mandatory social distancing and restrictions on “non-essential” businesses, the Congressional Budget Office (CBO) worries that small firms may be unable to step into their traditional roles as drivers of economic recovery and growth. While a recent surge in applications for employer identification numbers may be a positive sign, it also may indicate failed businesses changing hands rather than a reversal of four decades of declining entrepreneurship. And while the CBO dances around the role that government plays in discouraging start-ups, other sources are clear that regulatory reform is needed if small businesses are to exit the endangered species list and return to creating jobs and rebuilding prosperity.

“Several measures of entrepreneurship have declined since the early 1980s,” the CBO notes in a report published last week. “During that period, new firms’ share of employment fell by a third, from 14 percent to 9 percent.”

That’s important because entrepreneurs allocate resources more efficiently than established firms, introduce new products, and boost economic activity. “The decline in entrepreneurship is associated with a falloff in labor productivity from at least 3 percent to 4 percent in the mid-2010s,” the CBO estimates.

Unfortunately, small businesses that have launched are being devastated by pandemic lockdowns that limit or eliminate their ability to serve customers. “The economic contraction that initially chilled the formation of firms at the beginning of the pandemic also threatened the viability of businesses started in the past few years… from mid-February to late April, employment fell among them by more than it did among large firms,” according to the report.

Before the latest round of restrictions, Yelp, the review service, reported that business conditions had improved since the early days of the pandemic, but that “in the wake of COVID-19 cases increasing and local restrictions continuing to change in many states we’re seeing both permanent and temporary closures rise across the nation, with 60% of those closed businesses not reopening.”

If you suspect that an environment like this is a morale-killer for entrepreneurs, you’re right. Last month, Gallup reported its latest survey of small business optimism across multiple dimensions:

While up slightly from a score of 60 in the third quarter, the current Small Business Index score of 72 remains dramatically lower than the pre-pandemic high of 142 a year ago… signifying continued concern on the part of small-business owners about what they are seeing day to day.

As mentioned, even before COVID-19 and draconian public health reactions hit the scene, entrepreneurship was on the decline. The CBO report reviews several factors that impede business creation, including relatively vague references to financing constraints, economic conditions, and demographic trends. It also acknowledges that “an increasingly burdensome regulatory regime is often cited as a factor in the decline in new businesses” but insists “the available evidence is not clear” about the impact of red tape on small businesses.

Business owners themselves are more certain about the barriers posed by burdensome regulations. Pre-pandemic, entrepreneurs told the National Federation of Independent Business’s 2016 Small Business Problems and Priorities survey that they placed “unreasonable government regulations” as their second concern, after the cost of health insurance (which itself is made much more expensive by government regulation). Amidst the chaos of the pandemic, regulatory concerns continue to rank in the top ten in the 2020 survey, with tax concerns taking four other slots and “uncertainty over government actions” yet another.

Likewise, National Small Business Association (NSBA) President and CEO Todd McCracken warned in 2017 that “the average small-business owner is spending at least $ 12,000 every year dealing with regulations. This has real-world implications: more than half of small businesses have held off on hiring a new employee due to regulatory burdens.” In the NSBA’s 2017 Small Business Regulations Survey, 58 percent of small business owners said federal rules were the most burdensome to their business, with a specific emphasis on the tax code and the Affordable Care Act.

Small business owners have every reason to especially resent red tape. “As of 2008, small businesses face an annual regulatory cost of $ 10,585 per employee, which is 36 percent higher than the regulatory cost facing large firms,” according to a 2010 study published by the U.S. Small Business Administration (the higher NSBA estimate of compliance costs came almost a decade later).

Not surprisingly, small business trade groups support regulatory reform. “Congress and the administration must step in and curtail costly regulations, particularly those that disproportionately affect small businesses,” insists the NFIB. The NSBA emphasizes “the need to greatly reduce regulatory complexity, streamline the web of federal, state and local regulations, and adhere to plain language statutes”

The Kauffman Foundation, which studies and encourages entrepreneurship, agrees in its Guidelines for Local and State Governments to Promote Entrepreneurship that, among other approaches, governments must “revisit the regulatory environment.” Specifically, Kauffman recommends that governments consider alternatives to occupational licensing, simplify tax codes, rewrite laws regarding non-compete agreements, streamline zoning, and ease the way for new immigrants.

Despite much hemming and hawing, the CBO comes to similar conclusions. After lengthy discussion of expanded federal financial support, and some chatter about (newly popular in political circles) antitrust rules, the report concedes that “Congress could further lighten the burden of federal regulations on entrepreneurship by expanding the requirements for federal agencies to limit the impact of regulations on small firms.”

The CBO also points to the state-level push to reclassify independent contractors as employees as a threat to gig work. “Those changes raised the cost of employing such workers and limited their ability to work flexible hours or part time—a hallmark of the gig economy.”

That said, after a sharp initial drop during the early days of the pandemic, there has been a resurgence in applications to the Internal Revenue Service for employer identification numbers. That might be good news indicating a revival of entrepreneurialism as people seek new opportunities in an economy that has seen so many thrown out of work. But, as the CBO points out, the applications could instead indicate bankrupt businesses are just changing hands or represent fraudulent attempts to secure pandemic-related disaster-relief money. Honestly, it’s probably a combination of all of the above as people scramble to survive a difficult environment.

But governments could make that environment less difficult. After a year in which officials ordered businesses closed and reopened, and then shifted rules in ways that almost seem designed to impose costs on struggling entrepreneurs, there’s one obvious thing they could do to make life easier for small firms: they could get out of the way.