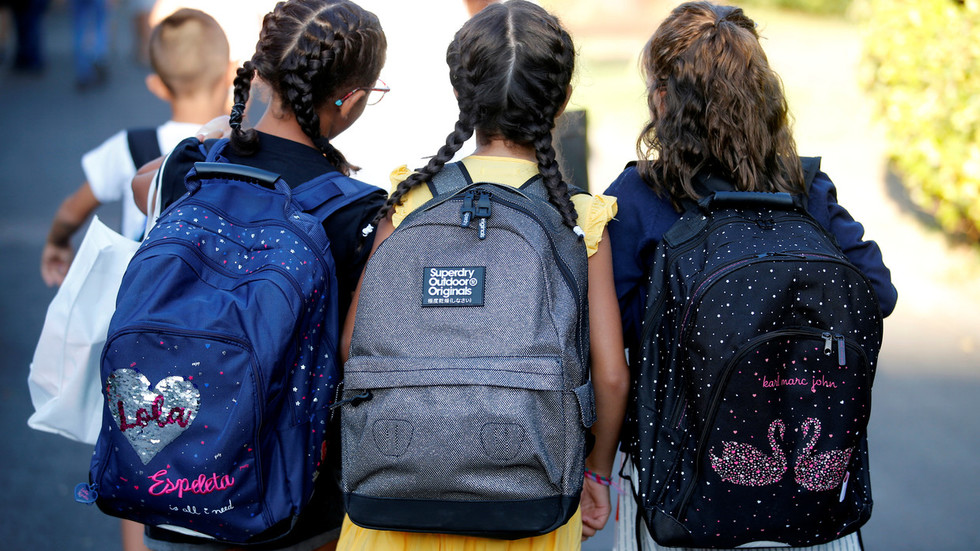 Parents in Britain are outraged after more than 240 primary schools introduced lessons on “self-stimulation” for children as young as six as part of their sex education program.

A teaching manual, published by the Mail on Sunday, instructs how to teach children aged six to ten about “the rules of self-stimulation.” The lessons are part of the new All About Me program rolled out in more than 240 primary schools in central England’s Warwickshire County. The program, in turn, is designed to be taught in accordance with the compulsory Relationship and Sex Education (RSE), which will be implemented all across the UK next September.

In the section called ‘Touching Myself’, the teachers are advised to tell the youngsters that “lots of people like to tickle or stroke themselves as it might feel nice,” including touching their “private parts.” The children are told that this is “really very normal,” despite the fact that “some people may get cross or say that it is dirty.”

The children are then warned that it is “not polite” to touch themselves in class or other public places, and they should “only” do it when they “are alone, perhaps in the bath or shower or in bed.”

Parents who disagree with this type of sex education took their children from school when it was taught. A number of education experts and teachers criticized the program’s wording for being too vague and not suitable for primary schoolers.

“We never use the word self-stimulation, not in primary school. For us it is not appropriate,” teacher Lynette Smith said.

Also on rt.com Teach my child acceptance, BBC – but not the unscientific nonsense that is 100+ genders

Even some politicians who support the idea of compulsory sex education are skeptical towards All About Me. Conservative MP David Davies was “furious” over the program.

“These classes go way beyond the guidance the Government is producing and are effectively sexualising very young children,” he said.

Warwickshire County Council, meanwhile, maintains that the lessons simply tell young students how to “distinguish between appropriate and inappropriate touching” and “recognise the difference between public and private behaviours.”

The council’s website says the program helps to develop the skills required for managing “healthy relationships,” builds “self-esteem” and allows the children “to explore personal identity.”

One of the program’s authors, education consultant Jonny Hunt, argued that “however uncomfortable adults may find it, children of all ages will self-stimulate from time to time.”