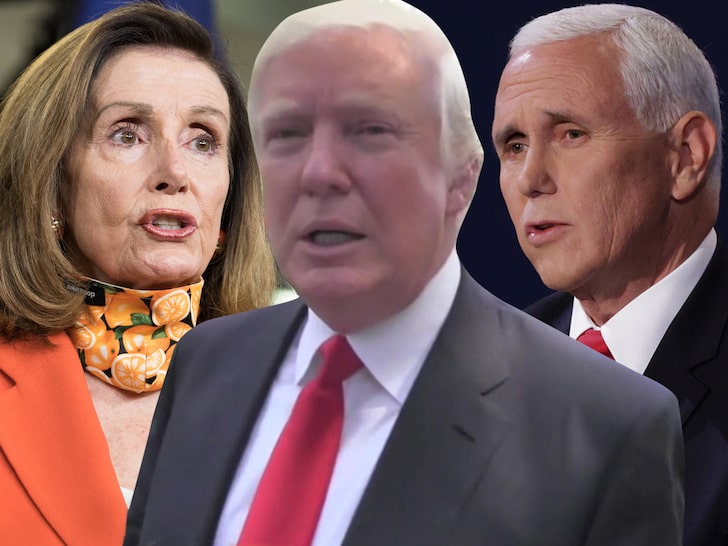 House Speaker Nancy Pelosi just laid her party’s plan for removing President Trump from office … and the ball is moving quick, with a 24-hour deadline for VP Mike Pence to act.

Pelosi sent a letter Sunday to her fellow Dems, and she says that on Monday … the Majority Leader in the House, Rep. Steny Hoyer, will ask for unanimous consent on a resolution demanding Pence assemble the other cabinet members, and invoke the 25th Amendment on Trump … which would remove him from his post, and have Pence in as acting Prez.

If they meet any roadblocks in getting that unanimous consent, Speaker Pelosi says they’ll bring it to a floor vote on Tuesday. She also says this, “We are calling on the Vice President to respond within 24 hours.” 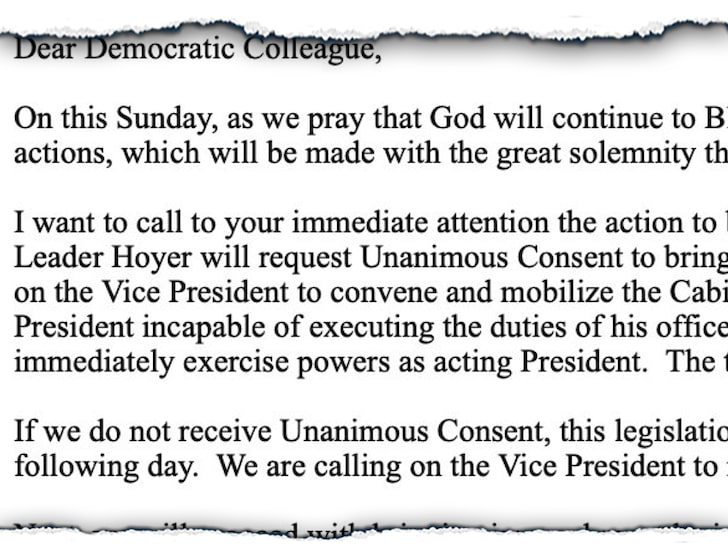 So, yeah … clock’s ticking for the Veep — who has reportedly not ruled out invoking the 25th Amendment if Trump continues to incite violence and act erratically in these final weeks.

There’s more from Pelosi too … in her letter, she says if Pence stonewalls on invoking the 25th Amendment, the House will begin impeachment proceedings later this week. She says, “In protecting our Constitution and our Democracy, we will act with urgency, because this President represents an imminent threat to both.”

She adds this … “As the days go by, the horror of the ongoing assault on our democracy perpetrated by this President is intensified and so is the immediate need for action.”