The New York Times on Sunday caused a stir with their report on President Donald Trump’s tax liability, or lack… 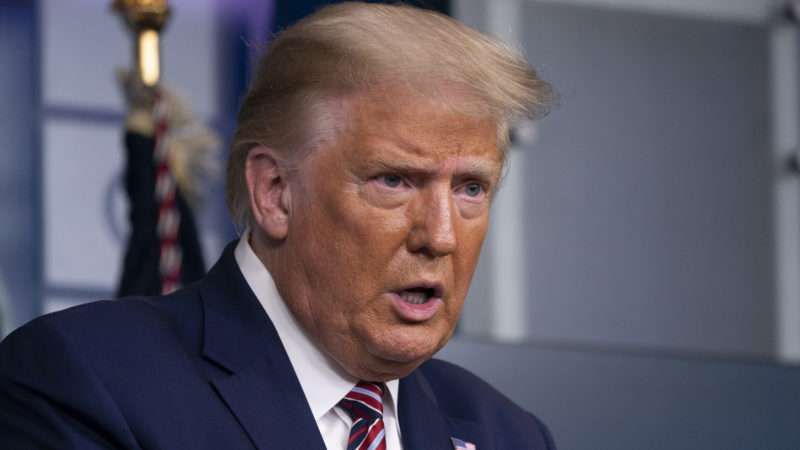 The New York Times on Sunday caused a stir with their report on President Donald Trump’s tax liability, or lack thereof. The analysis notes that Trump, whose net worth is estimated at $ 2.5 billion, “paid no income taxes at all in 10 of the previous 15 years,” and paid only $ 750 in both 2016 and 2017.

The story will likely come up during tonight’s presidential debate, and the consensus among the media and liberals broadly is that this is yet more evidence of Trump’s sketchy behavior. But focusing on Trump’s approach to reducing the amount he owes in taxes misses the larger point, which is that Trump’s returns are merely a symptom of a complex tax system that incentivizes filers to sniff out every legal strategy for reducing their tax burdens.

For context, let’s begin with Trump’s business model, which goes something like this: Launch several businesses, many of which hemorrhage millions of dollars each year, and use the publicity from those businesses to make money on personal branding. The latter is highly profitable, earning Trump $ 427.4 million between 2004-2018. The losses from the former—his hotels and resorts for instance—are then used to largely offset his tax liability.

The Times’ report does erode the savvy businessman brand Trump has sought to cultivate for himself, both commercially and as a candidate for office. The president is not necessarily the astute entrepreneur he claims to be, though he may be uniquely skilled at making money by wasting money. His most high-profile business successes—his golf courses—have reportedly lost $ 315 million since 2000. The Trump International Hotel in Washington, D.C., just opened in 2016, has already lost $ 55 million, both numbers according to the Times.

Losing money for a living is certainly an unorthodox business model, but that doesn’t make it illegal.

Trump’s deductions don’t stop there, however. There’s also the $ 9.7 million tax credit Trump claimed to renovate the Old Post Office building in Washington, D.C., which would later become the aforementioned Trump hotel. That fell under the historic preservation tax clause, an entirely legal tax incentive meant to encourage the redevelopment of old structures.

It could be legally problematic, or just another revealing symptom of U.S. tax law, that Trump has claimed millions of dollars in unspecified consulting fees on various business projects, which typically amounted to 20 percent of his income, according to the Times. Ivanka Trump was allegedly the recipient of hundreds of thousands of dollars in such consulting fees. The president also declared $ 1.4 billion in business losses in 2008 and 2009. An IRS audit is ongoing.

“Any good tax lawyer or accountant will give options to their client. Some of them will be clearly legal, clearly allowable,” says Joseph Bishop-Henchman, Vice President of Policy & Litigation at the National Taxpayers Union Foundation. “And then there’s gray area stuff,” he continues, noting that the “payments to the [Trump] kids,” as well as the $ 1.4 billion backward-looking net operating loss, may be a stretch.

It is also true that the wealthy almost always pay a hefty tax bill. Someone of Trump’s worth, that is, a person in the top 1 percent of all earners, would usually shell out more than a third of his income in taxes.

But as Bishop-Henchman reminds us, much of the behavior outlined by the Times report is not only legal but was enshrined by our lawmakers to encourage certain behaviors. He mentions the tax credits Trump received for the Old Post Office building renovation: “Congress wrote that law, and they made it available,” he says. “And it’s been on the books for 40 years, and it’s been used to rehabilitate tens of thousands of historic properties. When you write stuff on the books, billionaires are going to use it, and they’re going to use it to bring their tax liability down.”

Our tax code, which Bishop-Henchman says was written in the style of a “phone book,” is replete with overly complex rules and regulations meant to influence the public’s economic behavior. Former Vice President Joe Biden is no stranger to this. “I have nothing against Amazon,” he wrote in June of 2019, “but no company pulling in billions of dollars of profits should pay a lower tax rate than firefighters and teachers. We need to reward work, not just wealth.” The tech behemoth paid no federal taxes in 2018 after making use of legal tax incentives established by Congress, of which Biden was a member for 36 years. For example, Amazon invested $ 22.6 billion in research and development in 2017, something the legislature hopes will spur job creation and economic growth.

“It’s this conflict between we want to use the tax code to incentivize all these things,” says Bishop-Henchman. “And then we get upset when people use them very well.”

WATCH: Good Cops Honor Oath to Constitution, Uphold Man’s Right to Film, Instead of Violating It

The Rise of Independent Individuals