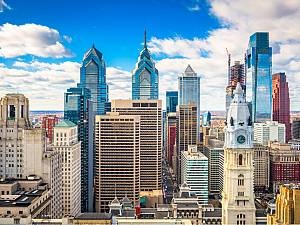 Philadelphia is hoping to join the growing rank of cities that seek to bring down housing costs by piling more taxes and fees on new housing development.

This week the Philadelphia City Council is expected to impose a 1 percent tax on new construction projects in the city.

The tax is supposed to raise roughly $ 22 million a year, which will be spent on building below-market housing units and subsidizing down payments for families making as much as $ 105,000 a year. The specifics of how this money will be spent have yet to be hashed out, but The Wall Street Journal reports that those down payment subsidies could reach as high as $ 10,000 per recipient.

Taxing the thing you want more of is not unique to the city of brotherly love.

Just because these taxes are becoming more common does not make them a good idea, says Vanessa Brown Calder, a housing policy analyst at the Cato Institute.

“It’s a very silly and counter-productive idea to tax new development in order to somehow provide affordable housing down the line,” Calder tells Reason. “Taxes have the effect of reducing the supply of the thing that you are taxing.”

This is especially true of the housing market in Philadelphia, which is already heavily taxed compared to other cities, says Lauren Gilchrist, a spokesperson for local commercial real estate trade association NAIOP.

“I speak with capital partners that are local, national, international that are looking to invest in Philly and they are going, these guys are already so high taxed, you were already weak demand,” says Gilchrist.

In addition to the potential construction tax, Gilchrist notes, Philadelphia property owners have seen massive hikes in the assessed values of their properties, which substantially increases their tax liabilities. Assessed values went up nearly 11 percent city-wide last year. Office properties, says Gilchrist, have seen their assessed values go up by some 38 percent, while multi-family properties have increased by 68 percent.

Philadelphia Mayor Jim Kenney has also been advocating for a 4.1 percent increase in the property tax, plus a slowdown in promised wage tax decreases.

“All of the sudden a construction impact tax layered in on that is just another onerous cost of doing business that could actually break the back of the market,” Gilchrist tells Reason. Construction taxes can’t raise money for affordable housing if new construction is deterred from happening in the city, she says.

The city’s construction unions have come out strongly against the tax. John Dougherty, the head of Philadelphia’s electrical workers union, sent what local news website Philly.com described as a “fiery” letter to the city council in which he decried “the terrible timing of this anti-business tax proposal given that the city, with significant assistance from the Trades, is on the short-list for Amazon’s second national headquarters. This onerous tax proposal at this crucial time essentially tells Amazon that we’re not interested in their business. Dumb.”

The city has “a pretty onerous taxing system,” Deputy Mayor for Policy James Engler told The Wall Street Journal. Like the unions, Engler expressed concern about scaring Amazon away. Mayor Kenney, for his part, is opposing the construction tax while pushing the property tax hike.

The plan has earned the enthusiastic backing of the city’s Building Industry Association, which represents residential developers who, while having to pay the tax, also stand to be net recipients of new revenue that is earmarked for residential housing construction. Support within the City Council for the tax is also strong. It has received the sponsorship of nine out of 17 councilmembers. The construction tax passed out of the budget finance committee last week on a six to three vote.

If city officials really want to tackle housing affordability issues, says Calder, they should be looking not at tax increases but rather at tax cuts and deregulation.

“When you are concerned about housing affordability you are really concerned with ensuring that housing supply meets housing demand, and that that happens as quickly as possible,” Calder tells Reason. Taxes on construction slow this process down, as do implicit taxes like zoning regulations.

“Remove all of the barriers to developing housing so that there is as much supply as possible,” she says. “As supply grows housing costs will fall and those people will be able to do more with their own money.”

Social Security Is Running Toward Insolvency