Prime Minister Boris Johnson has targeted British MPs in a speech to the Conservative Party Conference, telling them that if… 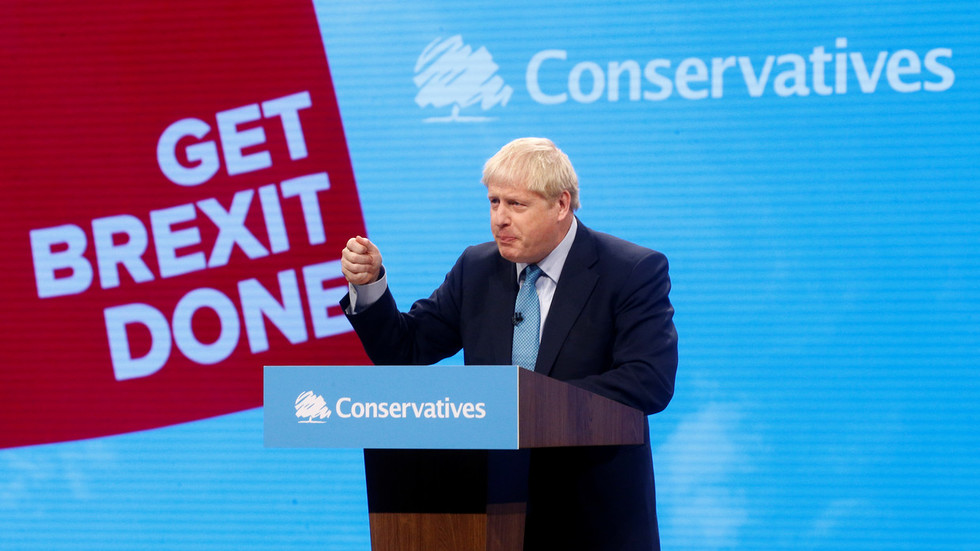 Prime Minister Boris Johnson has targeted British MPs in a speech to the Conservative Party Conference, telling them that if the UK’s parliament was a TV reality show they would have been voted out of the jungle by now.

In what was widely received as a somewhat flat and meandering speech to Tory Party activists in Manchester on Wednesday, Johnson did manage to deliver a few blows to politicians who he sees as frustrating the Brexit process.

The UK PM managed to shoehorn in a reference to ‘I’m a Celebrity Get Me Out of Here,’ an ITV reality show based in an Australian jungle, to hammer home his discontent.

If Parliament were a laptop then I’m afraid the screen would be showing the pizza wheel of doom… if it were a TV reality show then the whole lot of us would have been voted out of the jungle.

Johnson added that in such a scenario, he’d like to watch “Speaker [John Bercow] eat a kangaroo testicle.”

Elsewhere, Johnson attempted to show that his Tory Party harbors no ill-will to the EU, despite the fractious Brexit negotiations. In what was ostensibly a moment to try and stir the Conservative faithful, he exclaimed “We are European!” Unfortunately for Johnson, it was met with a low ripple of applause.

Johnson’s administration is struggling to govern with no overall majority, suffering seven straight defeats in parliament. His cabinet is desperately seeking a general election to change the parliamentary arithmetic, but opposition parties are doubling down on granting one until an extension to the October 31 Brexit deadline has been secured.

The prime minister has remained adamant that his party will “get Brexit done,” insisting that he wouldn’t delay Brexit any further. That’s despite UK law compelling Johnson to seek an extension from Brussels by October 19 if a deal has not been agreed.