Spread the love      Tweet    WASHINGTON, DC (TRI) — The Rutherford Institute is weighing in on a case in… 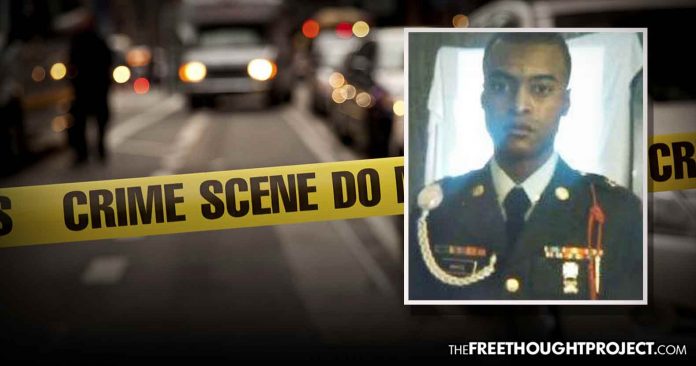 WASHINGTON, DC (TRI) — The Rutherford Institute is weighing in on a case in which police shot a military veteran multiple times, then let him bleed to death rather than rendering emergency aid.

Arguing that police have a constitutional obligation to provide life-saving aid to those injured during the course of an arrest, attorneys for The Rutherford Institute have asked the U.S. Supreme Court to reinstate a lawsuit against two Ohio police officers who, despite being trained in first aid, failed to intervene to save the life of a military veteran as he lay bleeding to death from at least four gunshot wounds.

The Sixth Circuit Court of Appeals dismissed the lawsuit, ruling that police satisfy their constitutional obligations to assist a person they injure in the course of an arrest simply by calling for an ambulance to transport the arrestee to a hospital.

In asking the Court to hear the case, Rutherford Institute attorneys argue that if prisoners have a constitutional right to medical care under the Eighth Amendment’s prohibition on cruel and unusual punishments, then police should be held to a comparable standard in their treatment of arrestees who require urgent medical attention.

“While this case demands that police officers be made to abide by the Constitution’s prohibition on cruel and unusual punishments, it also demands that they be held to a higher moral law—that of basic decency, humanity and a truer understanding of what it means to be a public servant,” said constitutional attorney John W. Whitehead, president of The Rutherford Institute and author of Battlefield America: The War on the American People. “Common decency demands that the police not merely stand by while a person endures the pain of serious injury. As the Supreme Court itself has recognized, such disregard for human suffering is ‘incompatible with the evolving standards of decency that mark the progress of a maturing society.’”

Jason White, a decorated veteran who served with the U.S. Army in Iraq, suffered significant psychological trauma as a result of his military service, which resulted in numerous hospitalizations at Veterans Administration facilities for paranoid schizophrenia and depression.

Although a VA doctor who examined White on November 14, 2013, found that he was delusional and deteriorating, White was released for outpatient care.

Three days later in the midst of a delusional episode, White entered the home of a woman in the early morning hours. The woman woke to find White confused, shirtless, holding a knife and believing himself to be in his own home. White eventually left the home, and the woman called police.

The first officer who arrived at the scene shot White with a taser for not complying with his orders. Although White initially fell to the ground, he got up with the knife still in his hand. White fled after the officer fired at him and missed. Other officers converged on the scene and eventually found White, shooting him in the shoulder as he continued to flee.

The police pursued, shooting White twice in the back and then twice in the chest as he lay on the ground. White was clearly in need of immediate medical assistance and in danger of bleeding to death. However, although police on the scene were trained in first aid and CPR, the officers did not provide any aid and instead simply called for an ambulance. By the time the ambulance arrived 15 minutes later, White was dead.

White’s estate sued the police officers, asserting that their failure to provide urgent medical assistance to White as he lay incapacitated and bleeding to death on the ground violated his right to due process under the U.S. Constitution’s Fourteenth Amendment. Although the district court held that police have a constitutional duty to provide urgent medical assistance to a detainee, this ruling was reversed on appeal.

The Sixth Circuit Court of Appeals ruled that police satisfy their duty to provide medical assistance by summoning assistance or taking the detainee to the hospital. White’s estate subsequently appealed to the U.S. Supreme Court.

The Rutherford Institute, a nonprofit civil liberties organization, provides legal assistance at no charge to individuals whose constitutional rights have been threatened or violated.

Vietnam Anyone? US Lawmakers Call For Military Advisors To Ukraine!

How To Survive A “Crack-Up Boom”