As US President Donald Trump is to attend a D-Day anniversary event in the UK, the authorities in Portsmouth have… 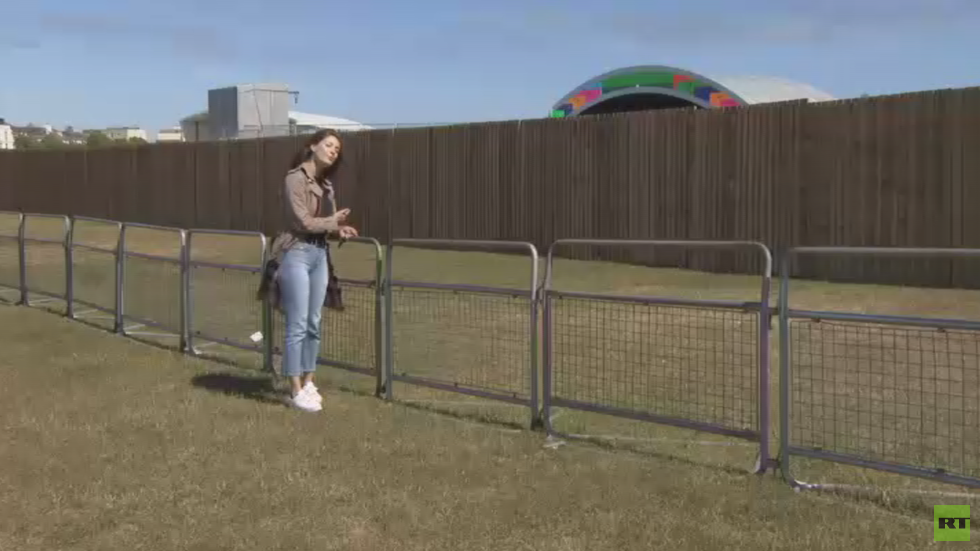 As US President Donald Trump is to attend a D-Day anniversary event in the UK, the authorities in Portsmouth have gone to extraordinary lengths to ensure his safety by building a wall around the venue.

The UK braces for another wave of protests linked to President Trump’s second visit to the UK, with demonstrations expected to feature a giant ‘baby Trump’ blimp as well as a giant robot depicting Trump seated on a toilet, shipped to the UK from China.

The authorities in the southern city of Portsmouth, which was the departure point for many of the D-Day landing forces in 1944, decided to take some serious safety measure, apparently inspired by Trump: they surrounded the commemorative ceremony venue with a large security fence.

The move did not sit well with locals, however, as the view of the events will be totally blocked by the excessive fencing. People will only be able to watch the proceedings on a large TV screen outside of the cordoned area.

“People come from around the world to see the event and now they are being marooned because Donald Trump is coming and we will get to see [the event] on a screen,” one woman told RT.

The Portsmouth City Council leader was also not amused with the measures.

“It will change the nature of the event a great deal, for us the center of the event was meant to be the veterans,” Gerald Vernon-Jackson, the council head said. “With Donald Trump coming, I think the chances are that it will move from being around commemoration and instead will be a day of controversy.”