A London private school’s ‘Austerity Day’ lunch has been met with a fierce response online, with many accusing the £24,000-a-year… 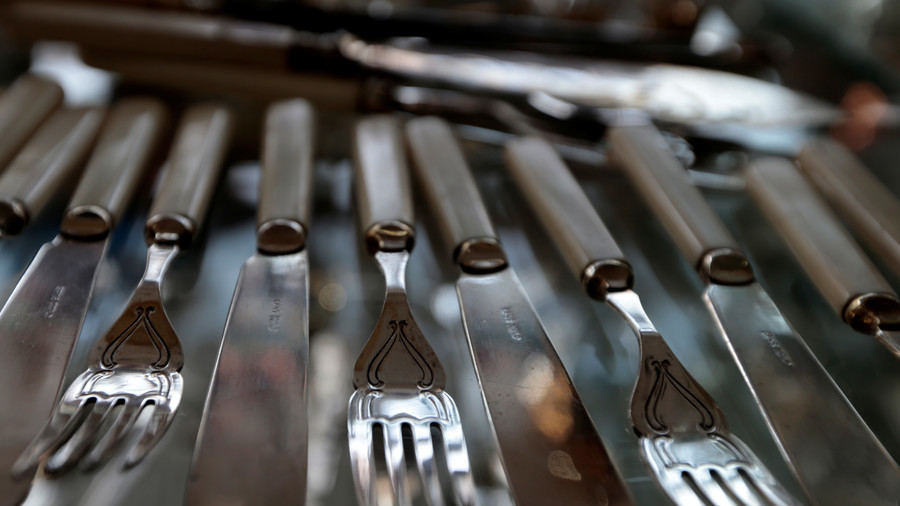 A London private school’s ‘Austerity Day’ lunch has been met with a fierce response online, with many accusing the £24,000-a-year school of being tasteless and out of touch over the meal.

While St Paul’s Girls’ School in Hammersmith normally feeds its students the likes of duck leg confit and slow-baked Moroccan lamb, its idea of an austerity lunch is the same kind of food that students in non-fee paying schools across the country eat every day –  baked potato, coleslaw, beans, and fruit.

The school tweeted about the lunch, served to raise money for charity, using a photograph of a white-gloved waiter serving three peas on a silver platter.

“Today was the final Austerity Day of the year,” the tweet read. “Students and staff had baked potatoes, with beans and coleslaw, for lunch, with fruit for dessert. The money saved will be donated to the school’s charities.”

Although the school soon deleted the tweet, screenshots of it were widely shared on social media as people expressed disgust at the school’s idea of austerity.

My old school's idea of a charity lunch?! @StPaulsGirls_ I highly recommend you rethink this – contrary to popular belief not all your students and alumnae feast on foie gras every meal.

A private school apparently holding an austerity day where students eat what is basically a standard state school dinner. Next week they're off to Totten-ham with Catherine Tate https://t.co/nNSr6dPX65

Some questioned the menu itself, pointing out that baked potatoes, beans, and fruit are not really on par with what those struggling to survive under austerity would eat, while others questioned the use of the term ‘austerity’ at all given the punishing impact such measures have had on the public since the global financial crisis of 2008.

Absolute trash. Considering there are an estimated 4 million children in poverty in this country, a private school holding an “Austerity Day” lunch is callous and shameful. Poverty is not a genre to try out. How out of touch can you be https://t.co/Lc3GYfJOd9

How is a baked potato, beans and fruit for lunch a bad thing or deserving of being part of an "austerity day"?? That would've been a normal school dinner for us esp at my primary school, does St Paul's think this is what hardship's like?? 😂🙄😒 https://t.co/H4pLMHFHNd

Some of the girls (including the 'posh' pupils) at the catholic school I attended in Wimbledon used to dine on jacket potato, cheese & beans. Not the healthiest of meals, but it wasn't considered an austerity lunch.

The suggestion that baked potatoes, beans and coleslaw with fruit is even remotely close to a meal that the families @DavidLammy is displaying his dismay for, would have!? A baked potatoes takes far too much gas/electric and without butter (as will be the case) not too tasty

I’m actually shooketh that a private school held an austerity day in which they were served beans and a jacket potato with coleslaw? Mate thats a normal lunch if not tea for me 🤣 wtf

Others rushed to the school’s defense, commending St Paul’s for raising money for charity, and highlighting its work with food banks.

They have a food bank committee which works throughout the year, every year, to consistently raise money for food banks and then the committee and a group of students frequently volunteer at the local food banks

Well-meaning ignorance I think. Why not simply take them to a food bank to work as volunteers?

That’s the same “tale of two cities” as has been for several decades under governments of both @UKLabour and @Conservatives. But you want to berate a school full of youngsters who wanted to do good and scaled back on what THEY are used to in order to raise some money. 🤦🏼‍♂️

The school told the BBC it has carried out similar lunches for “many years,” in which the money saved on the scaled-down meals is passed on to local charities.

“The aim is also to raise the awareness of our students to those less fortunate than themselves,” it explained. “The choice of the word ‘austerity’ is to draw attention to the fact that others around them are facing significant economic difficulties.”

St Paul’s students usually have a different lunch menu each week, and can choose from four different self-service stations offering classic British meals, vegetarian meals, fish dishes, and stir fries, an article in the school webzine explains. The dining room also has a salad and fresh fruit bar, and, if that’s not enough choice, the school also has a cafe serving full breakfasts, lunch, and sweet snacks.