In what can only be described as an extreme case of recycling, a temporary pub dubbed ‘Number Two Tavern’ has… 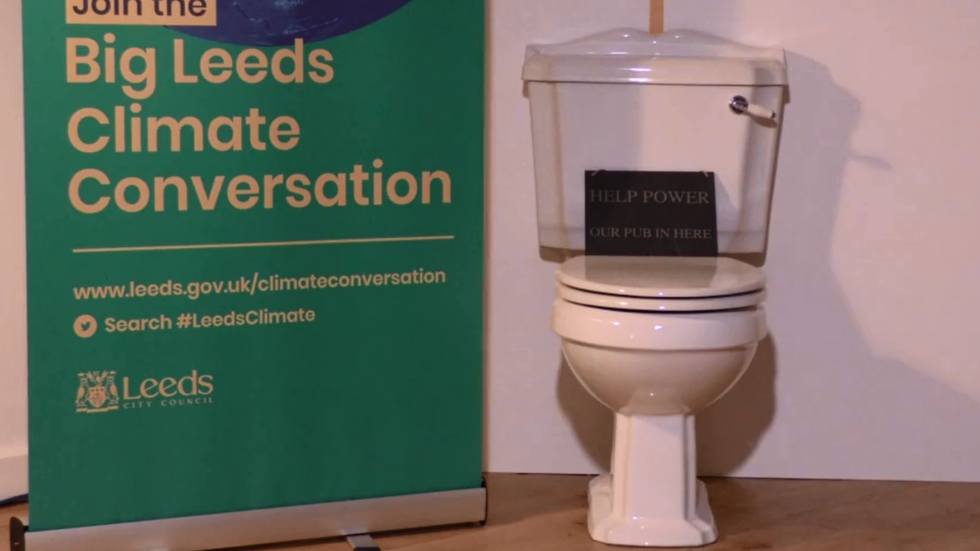 In what can only be described as an extreme case of recycling, a temporary pub dubbed ‘Number Two Tavern’ has been launched in Leeds, England which sources its electricity and heating from human poop.

The poo-powered pub has been up and running since Thursday, and was set up by Yorkshire Water as a bid to encourage people to talk more about climate change and renewable energy solutions.

The poop is processed at a nearby treatment facility where it’s converted into a biogas that can be used to generate heat and electricity for the premises. The project is particularly good news for environmentalists who are also teetotallers; the pub doesn’t serve any alcohol, only water.

The aim is to “help engage customers in a light-hearted way” about the impact of the climate emergency, Yorkshire Water’s head of sustainability Gordon Rogers told Ruptly.

“We’re really proud of our poo-power,” said Rogers, adding that he’d ideally like to see the project taken on tour around Yorkshire to reach even more people.