You can't win them all. Or any. In one of the longest-running games of political chess ever, US President Donald… 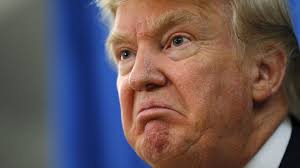 You can't win them all. Or any.

In one of the longest-running games of political chess ever, US President Donald Trump has 'bowed to the inevitable', 'knocked over his king', and conceded defeat to the far more resilient Democratic Party.

Trump and the Democrats had been engaged in their gargantuan struggle for 35 days, and, with the initiative swinging first one way, and then the other, it was beginning to look like a stalemate might be on the cards.

Last night, however, Trump was finally forced to admit the Dems had the upper hand, and that his chances of emerging victorious were non-existent.

In typical Trump fashion, he vowed to fight back, however, and will now try to find a new way to annoy his rivals, to make a mockery of established political norms, and to drag the whole US political tradition through the mud.

The beleaguered president was unrepentant to the end, saying:

"This is not a defeat. I was just taking care of the millions of people that were getting badly hurt because of the shutdown I made happen. And, if I didn't quite win the battle, there's still a war to be won. Somewhere."