When President Trump told fellow Republicans today, that he intended to make changes to the Thanksgiving holiday, there was a… 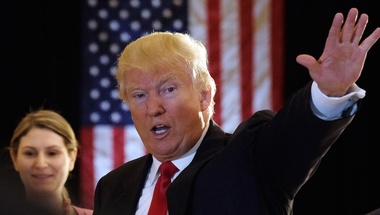 When President Trump told fellow Republicans today, that he intended to make changes to the Thanksgiving holiday, there was a hushed silence, as everyone in the room listened carefully for the date change.

They needn't have worried, however, for the date was safe – it was the name of the holiday that was to change.

As Trump spoke, an idea began to ferment in the minds of some of those present, that Thanksgiving was about to become Trumpsgiving, but the president headed this one off at the pass. Trump:

"I know what you're all thinking. You're thinking 'Trumpsgiving', but this would imply I'm going to be giving something to the people, which I'm not. Instead, I want the US to have a holiday that celebrates how much I've done for them, and how much they appreciate what I've done for them. 'ThanksTrump Day' will be the name from now on."

"Mmm thanks, Trump," said everyone in the room.