During a congressional debate in Massachusetts’s 1st District on Monday night, Rep. Richard Neal defended his acceptance of corporate PAC… 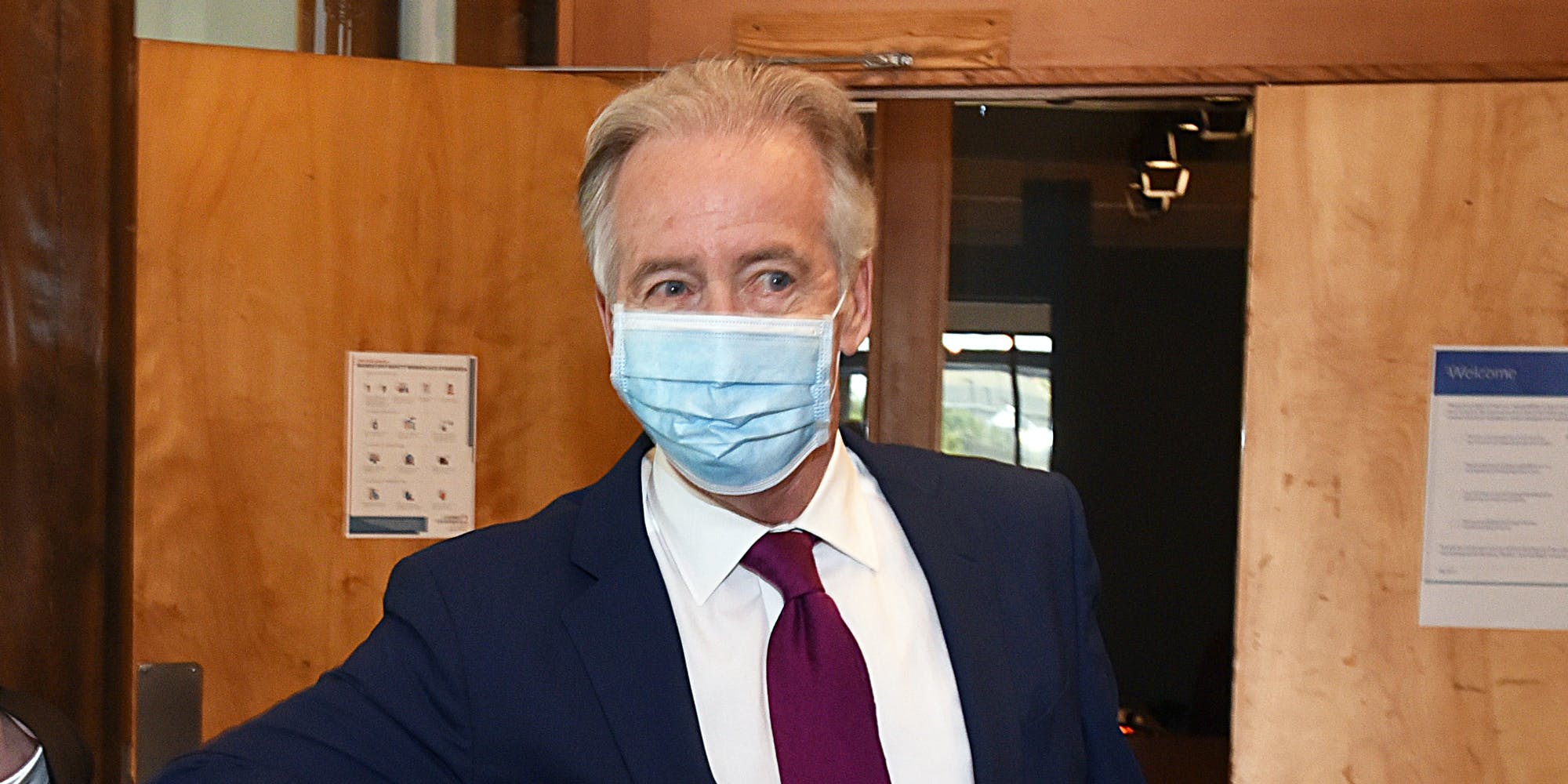 During a congressional debate in Massachusetts’s 1st District on Monday night, Rep. Richard Neal defended his acceptance of corporate PAC money by pointing to the money he has spent to support Black, Hispanic, and LGBTQ+ members of Congress.

Neal is one of the top recipients of corporate cash in Congress, raking in huge sums from private equity and Big Pharma, which his left-wing challenger Alex Morse frequently highlights. In asking about Neal’s corporate funding, the debate moderator pointed to a recent ad by the progressive dark-money group Fight Corporate Monopolies, which accused Neal of working to maintain President Donald Trump’s corporate tax cuts. “Corporate power is corrupting democracy,” the ad says. “And Richie Neal is part of the problem.”

Neal’s response lays bare the argument presented by incumbent Democrats who are reliant on corporate dollars: Our corruption is necessary because it raises lots of money and we use that to elect Black, brown, and queer people and to beat Republicans, who are worse. It’s an honest argument, which is rarely stated so clearly. For voters, the race is between whether that’s good enough for you or whether you want more.

Neal, who has been in Congress for 30 years, is the chair of the powerful House Ways and Means Committee, which writes the tax code. Morse, the 31-year-old mayor of Holyoke, is running on a platform that includes Medicare for All, a Green New Deal, and defunding U.S. Immigration and Customs Enforcement.

The race is tightening as the September 1 primary nears, according to an internal poll conducted for Morse’s campaign over the weekend that found that he’s trailing Neal by only 5 percentage points. The pollsters also asked about “an issue” involving Morse and the College Democrats of Massachusetts and UMass Amherst — a reference to accusations of sexual impropriety levied against Morse by the student groups, which had accused him of matching with students on dating apps and making them feel uncomfortable; 85 percent of the voters surveyed had heard about it, with 55 percent saying it doesn’t affect their vote. For those whom it mattered, they were slightly more likely to say it made them inclined to support Morse.

In the first exchange of the debate — which was cut out in the livestream for anyone watching online, an issue that persisted throughout the evening — Morse was asked about the recent misconduct allegations, and whether he had evidence to prove these allegations were a setup to try to smear his campaign. As The Intercept recently revealed, the accusations were part of a nearly year-old scheme by some members of the College Democrats of Massachusetts and the organization’s UMass Amherst chapter to sink Morse’s campaign. Leaders of the College Democrats explicitly discussed plans to find Morse’s dating profiles and then lead him into saying something incriminating that they could leak to media outlets, according to message logs. Some senior members of the Massachusetts Democratic Party had also coordinated with the CDMA, coaching the students ahead of the release of the letter and connecting them with an attorney, the powerful state party figure and attorney Jim Roosevelt.

“You’re now claiming you were the victim of a political hit job that began a week and a half ago when allegations came to light about the relationship you’ve had with college students,” the moderator told Morse, who has said he believes Neal’s campaign was involved, a charge the congressman has denied.

“As a human I would never want to make someone feel uncomfortable, and I need to honor that truth,” said Morse, who has admitted to having consensual relationships with students in the area, but never with anyone he himself taught at UMass Amherst, where he used to teach a class. “But then I come to find out over the last week that this was a backroom coordinated political smear against our campaign by folks that support this congressman’s campaign.”

“This is exactly what turns people away from politics,” Morse continued. “It’s why people don’t participate. It’s why people have given up on the process — that three weeks before a primary election, I was put in a position to talk about my personal life, not talk about health care and climate change and our economy and the small businesses shuttering.”

Morse added that the timing of the allegations is no coincidence, saying they, “go all the way to the heights of the Massachusetts Democratic Party, the chair of that party that took me to lunch over a year ago to discourage me against running against this congressman right here.”

Neal denied that his campaign had anything to do with the allegations, condemned homophobia, and said that the students stepped forward independently. “I don’t even know the names of the students that have stepped forward,” Neal said. He also expressed support for UMass Amherst’s investigation into Morse. The university’s policy prohibits professors from having romantic relationships with their own students, which Morse has not been accused of doing.

The incumbent, meanwhile, repeatedly hit Morse on his Holyoke School Committee meeting attendance, saying that the mayor had missed 28 of 62 meetings.

“These are recycled attacks from former mayoral opponents of mine,” Morse replied, adding that Neal has not held a town hall in the district for the past three years.

Monday night’s debate, which was hosted by New England media outlets, also covered heath care policy and criminal justice reform. At one point, Neal attacked Morse for saying he would have voted against the CARES Act, Congress’s massive coronavirus relief bill, saying that only five members of the House opposed it. Morse fired back, arguing that a one-time payment of $ 1,200 wasn’t enough to help working families or justify a “$ 500 billion slush fund for corporations.”

From a Wealthy Socialite to an Israeli Govt Censor, Facebook’s New “Free Speech Court” Is Anything but Independent

How a Black Evangelical Denomination was Duped into “Blessing” Israel

Why Are Democrats Praying for the Speedy Recovery of a “Fascist Dictator”?