The Duke of York’s appearance on the BBC, in which he “categorically” denied allegation of sex abuse against a minor… 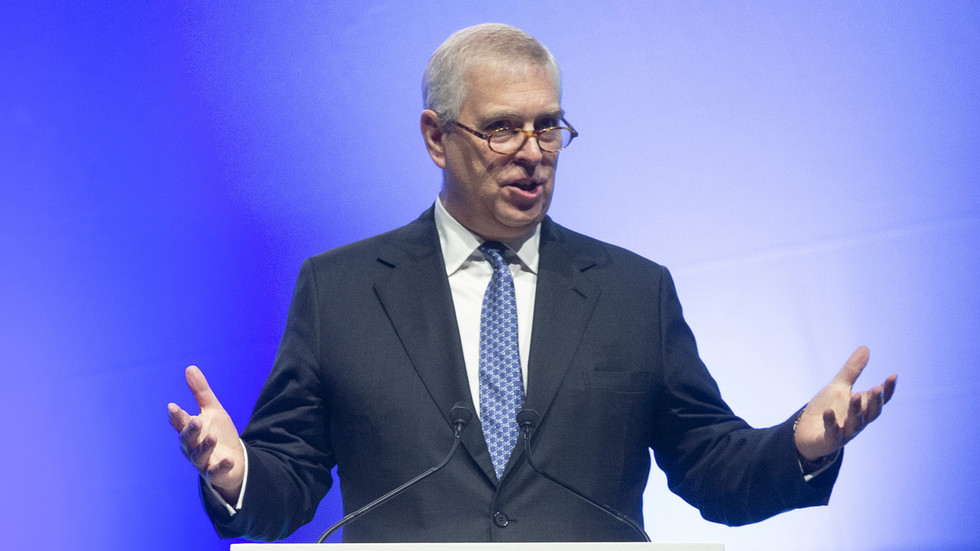 The Duke of York’s appearance on the BBC, in which he “categorically” denied allegation of sex abuse against a minor and “explained” his ties with Jeffrey Epstein, was a total train wreck according to skeptical online community.

“I can absolutely categorically tell you it never happened,” Prince Andrew told BBC Newsnight’s Emily Maitlis, addressing the accusations by Virginia Giuffre, who claims she was forced into sex with Andrew between 1999 and 2002, during the time she says Epstein kept her as a “slave.”

Despite a widely circulated photo that appears to show Andrew with Giuffre, arm wrapped around her bare waist, the prince insisted that he has “no recollection of ever meeting this lady, none whatsoever.”

At the same time he remembers “weirdly distinctly” how he took his daughter to Pizza Express and spent rest of the night at home, on the day the accuser claims they had sex.

Going to Pizza Express in Woking is an unusual thing for me to do… I remember it weirdly distinctly.

Such a selective memory triggered much skepticism online, especially when he went on to challenge very specific details of the accuser’s claims, who recalled him “profusely sweating” and “pouring with perspiration” when they danced one night.

I have a peculiar medical condition which is that I don’t sweat.

“Or I didn’t sweat at the time,” he said, somewhat ironically adding that he had only started to be able to sweat again “in the recent past.”

As for the photo of him with Giuffre, Prince Andrew had investigation carried out to prove it was fake, but the results were inconclusive. Only his anonymous supporters had thus far claimed the image was doctored, while Giuffre insists the photo is absolutely real and that even the FBI never contested this fact.

Also on rt.com ‘Is this a joke?’ Times claim that MI6 fears Russia has ‘kompromat’ on Prince Andrew over Epstein draws laughs

Prince Andrew refused disavow his relationship with Epstein, noting its “seriously beneficial outcomes,” but said it was a “stretch” to call it a close friendship. He admitted to staying on Epstein’s private island, visiting his home in Florida, travelling on his private plane, and even inviting him to Princess Beatrice’s 18th birthday at Windsor Castle in July 2006 – but he “certainly” was unaware of a warrant already issued for Epstein arrest for sex crimes at the time.

This is one of the most astonishing interviews I’ve ever watched. Brilliant forensic dissection by @maitlis – desperate, toe-curling bullsh*t from Prince Andrew. Why on earth did he do this? Insane. pic.twitter.com/cF0UBBAlvG

After Epstein’s first 2008 conviction, for which he only served about 13 months in luxury that average people could only imagine, Andrew famously visited him at a “convenient to stay” New York mansion in – but only to tell him they could not see each other anymore.

I went there with the sole purpose of saying to him that because he had been convicted, it was inappropriate for us to be seen together.

In another cringey episode, the prince said that he does “regret the fact that [Epstein] has quite obviously conducted himself in a manner unbecoming,” before the interviewer wondered if those were the proper words to describe a convicted sex offender.

“Yeah, I’m sorry, I’m being polite,” Andrew replied, emphasizing that Epstein’s arrest had become an absolute shock to him and a “constant sore” to the wider Royal Family, which “couldn’t be more supportive.”

We all knew him and I think that if we have a conversation about it, it’s…we are all left with the same thing, what on earth happened or how did he get to where he was, what did he do, how did he do it?

The guy that suicided Epstein probably wasn’t that good looking…