Florida-based Geo Group is the second-largest private prison company. Its operations across the United States and in several foreign countries netted… 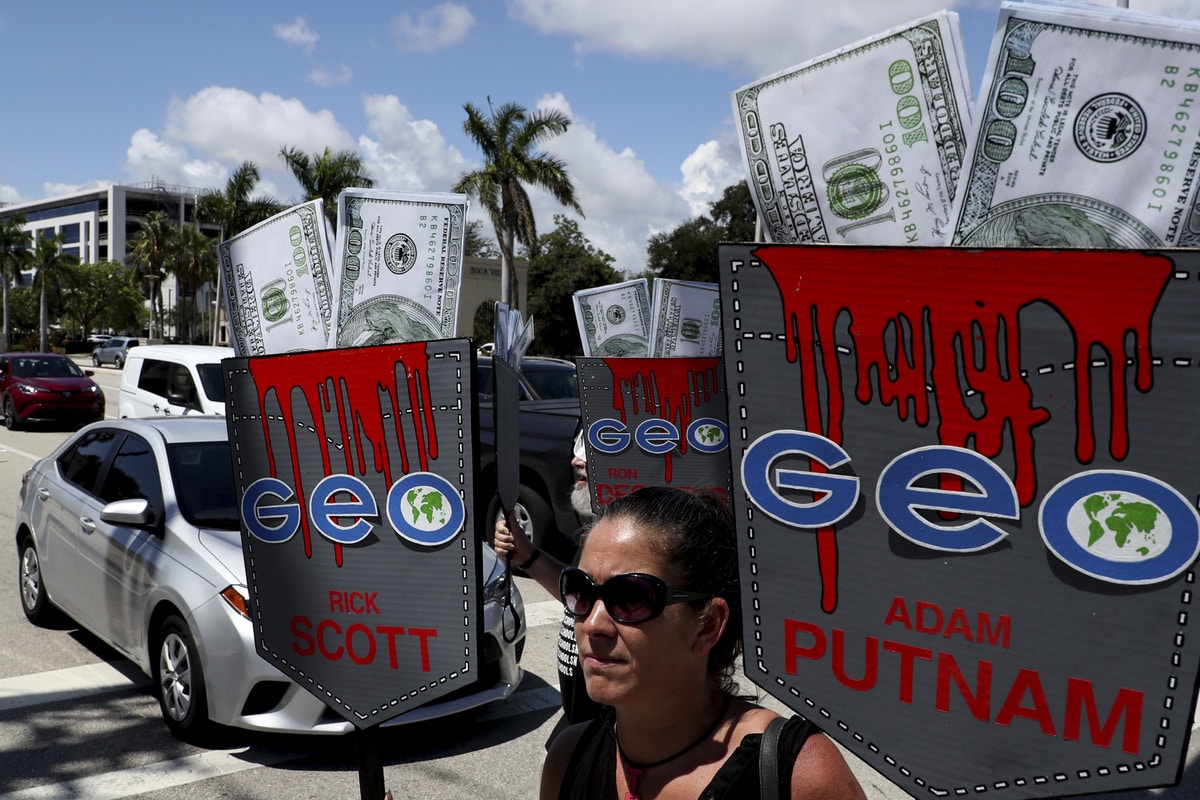 Florida-based Geo Group is the second-largest private prison company. Its operations across the United States and in several foreign countries netted $ 2.26 billion in revenue in 2017.

But its operations in the state where it is headquartered are threatened by the campaign of Democratic gubernatorial candidate Andrew Gillum.

On the other side of the aisle, Geo Group has  given heavily to Republican gubernatorial candidate Ron DeSantis’s campaign. Filings show that the company gave $ 50,000 to DeSantis’s committee Friends of DeSantis on March 26, 2017.

Geo Group money is also finding other ways into the campaign. For instance, it has received a total of $ 150,000 over three October donations from the group Jobs for Florida. Geo Group has given $ 25,000 to Jobs for Florida this year.

The company is also active in the attorney general’s race, giving $ 45,000 between two October donations to Republican candidate Ashley Moody’s independent political committee. Jobs for Florida has given the same amount. Ron Book, a GEO Group lobbyist notorious for successfully pushing for the implementation of draconian restrictions on sex offenders across the state, gave $ 2,000 as well.

To be clear, the vast majority of Florida prisoners are in state-run prisons, not the private sector. The Sentencing Project notes that in 2016, around 12 percent of Florida’s prisoners were in privately run facilities. That’s for now, however. There was a 211 percent increase in that population between the years 2000 and 2016.