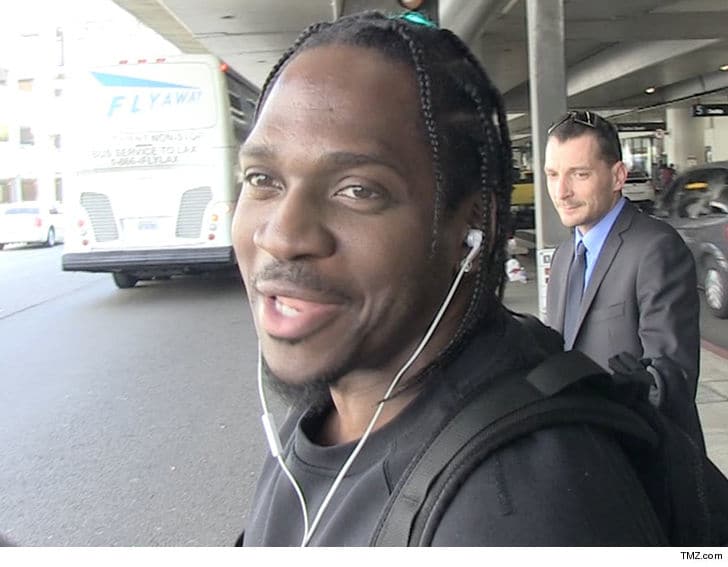 Pusha T‘s show in Toronto was just interrupted by several people tossing drinks on the stage and then rushing it … sparking an all out brawl.

Push was performing at Danforth Music Hall Tuesday night when a flurry of beverages were tossed on stage followed by several men attempting to get up on stage. In a vid of the brawl, you see the rapper run for cover just before the angry crowd could get to him.

The guys who threw beer at Pusha T got messed up REAL QUICK pic.twitter.com/rjQmkH5SGt
(via @The_NRNN)

Pusha T’s security were quick to step in … and fists started to fly.

A rep for the Toronto Police Department tells us they are currently investigating the altercation. We’re told three people were sent to the hospital with non life threatening injuries … and no arrests have been made.

It’s likely no coincidence the incident went down in Toronto — Drake‘s home city — the two have a nasty history, trading diss tracks … including one where Pusha T revealed Drake had fathered a secret son.

Once the crowd was back under control, Push returned to the stage to close out the show, surrounded by security guards.