WHEN migration from Europe to Australia first got going in the 19th century, it would take several months to get… 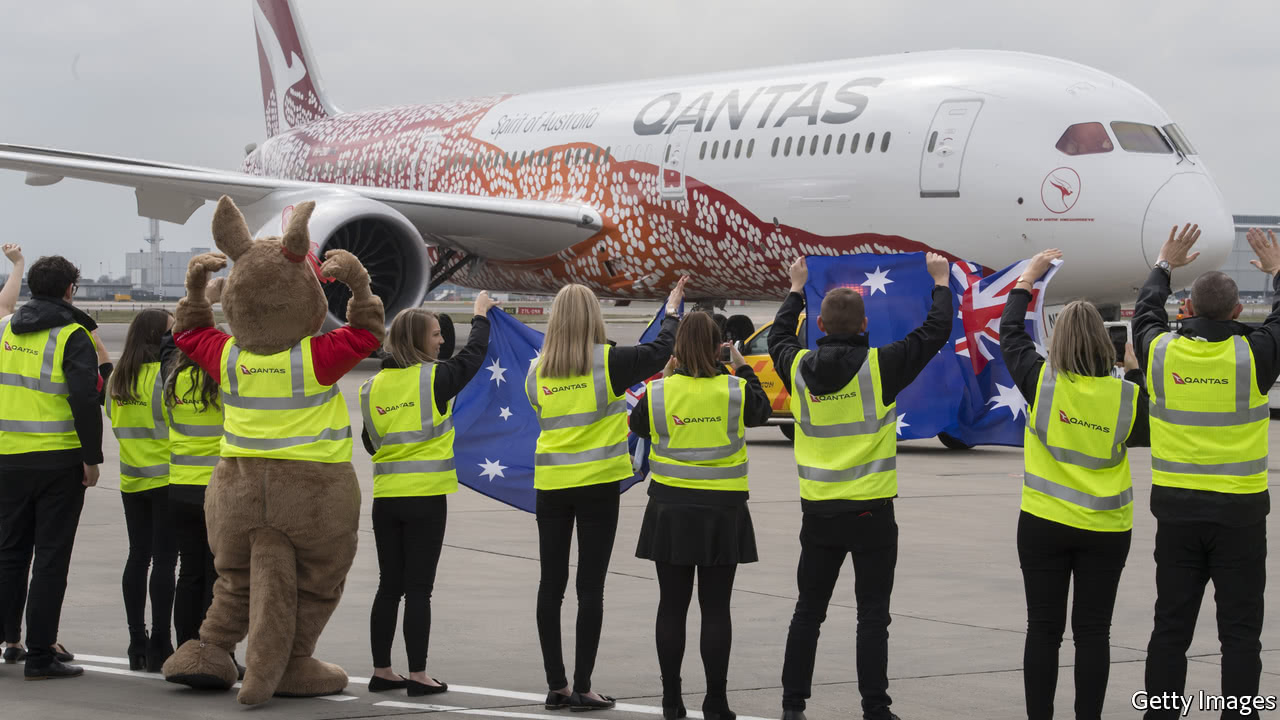 WHEN migration from Europe to Australia first got going in the 19th century, it would take several months to get there by ship. Even by the end of the second world war, the trip would still take over 30 days. But in 1947 Qantas, Australia’s flag carrier, cut the time it took to fly between the two to a matter of days when it opened a new air service between London and Sydney called the “Kangaroo Route”. Even so, the trip was slow and expensive compared to today’s flights. The original “Kangaroo route” took four days and nine stops, and cost at least £525 per passenger—equal to two and a half years’ wages for an average worker. Now the same trip, via Dubai or another Asian hub, takes less than 24 hours and costs less than a week’s pay.

Qantas hopes that a new non-stop service between Britain and Australia will again revolutionise the economics of flying between the two countries. On the morning of March 25th, the first scheduled nonstop flight from Perth to London landed at…Continue reading

The Margin: This year’s finalists for the National Toy Hall of Fame include … the iPhone?

Key Words: Stanley Druckenmiller says his 3% return as the Dow and S&P 500 soared more than 40% from March lows has ‘humbled’ him

Key Words: Fauci tells Americans to ‘hunker down’ this fall and winter: ‘It’s not going to be easy’

Zoom made as much money in three months as it did in all of 2019; stock shoots 20% higher

TaxWatch: Imprisoned ex-NBA player misses his shot at fighting his tax bill — and now he owes more than $36,000

NewsWatch: Here’s the case for buying Ford, GM or Fiat Chrysler instead of Tesla