In Armenia, you learn quickly that “cheers” doesn’t cut it: Feasts among friends often entail elaborate ordered toasts sprinkled with… 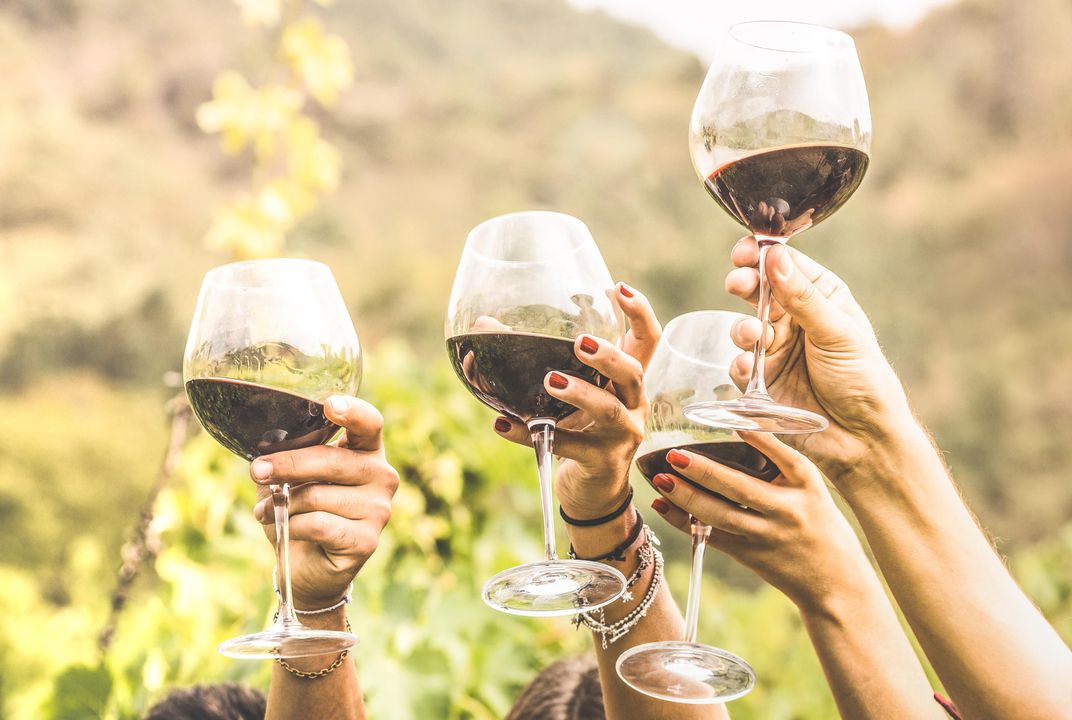 In Armenia, you learn quickly that “cheers” doesn’t cut it: Feasts among friends often entail elaborate ordered toasts sprinkled with poetry, religion, folk song and history. Armenians take toasts so seriously that they often nominate a tamadan (toastmaster) to hold court over, say, steaming bowls of khash or glistening mounds of stuffed grape leaves, and a skilled one can keep everybody around the table engaged, and pleasantly tipsy, for hours.

As far as Armenian rites of passage go, ritualistic toasting and feasting are up there with dancing the Kochari and praying at Geghard monastery. But ask the average Armenian why toasts must be made in a certain order, or about the origin of the tamadan, and you’ll likely be met with a shrug—sadly, there’s no ancient Armenian Book of Toasting. This murky history, paired with a widening generational divide, begs the question: How did toasting become part of the national heritage, and what would be lost if the ritual were to disappear?

It’s impossible to pinpoint the year Armenians started toasting, but there are some clues in the archaeological record. We know, for instance, that people were drinking wine in Armenia as early as 4,000 BCE, thanks to the discovery of the world’s oldest-known winery in the Areni Cave complex. Across cultures present and past, booze begets celebration and camaraderie, so it’s possible that Armenia’s first toasts took place before the invention of the wheel.

The first written records of feasting and toasting in Armenia date to the 5th century, when the region was under Persian rule. State documents called Gahnamak (“throne registrars”) offer a glimpse into how royal banquets unfolded in the time of the Arsacid and Sassanid Dynasties. “These writings mention some 400 feudal lords of different social standing,” says Levon Abrahamian, the head of the Department of Contemporary Anthropological Studies at the Institute of Archaeology and Ethnography in Armenia. “At the royal table, people took their seats according to this hierarchy, and toasts would have been made in the same order.” Records show that this convention continued well into the 13th century.

The attendees of these official gatherings were predominantly men, which probably helped lay the groundwork for Armenia’s male-dominated toasting culture. Until recently, women ate separately from men during ritual feasts in traditional communities. Even today, female tamadans are rare.

Whether everyday Armenians had similar tableside rituals in the period in which the Gahnamak was written is anyone’s guess, since its pages reflected only aristocratic life, but Abrahamian believes commoners would have aspired to emulate royal feasts. This theory is supported by 19th-century documents that refer to bride and groom as queen and king.

But feasting and toasting traditions in Armenia likely predate the first known Gahnamak. The Orontid Dynasty, which ruled the region starting in the 6th century BCE, drank wine from silver rhytons and likely had undocumented toasting traditions of their own. And then there are the modern-day toasts themselves, passed from generation to generation, that make frequent allusions to sunlight and fire—key symbols of Zoroastrianism, the pagan belief system held by most pre-Christian Armenians.

Beyond the Gahnamak, there’s hardly a peep in Armenian literature about ceremonial toasting until the 19th century, but that doesn’t mean it didn’t exist. “Literacy came to Caucasia through Christianity,” says Peter Cowe, professor of Armenian studies at UCLA. “Any recorded history that fell outside Christian cult theology would have been oral, and as a result, we’ve lost it.” Perhaps toasting was so routine in Armenian daily life that it simply wasn’t remarkable enough to write about.

When Armenia fell under Russian (and subsequently Soviet) influence, the nation’s toasting traditions inevitably evolved. Wine was replaced with vodka or brandy. Toasts became more regimented—the reflection of an order-obsessed society. And, most significantly, heavy drinking became the norm, thanks to the sudden availability of cheap, industrial-grade booze.

Armenia was far more acquiescent to Russia’s culture war than neighboring Georgia, whose toasting culture is perhaps even more pronounced than Armenia’s with its signature drinking horns and codified rules. “The Armenian feast is less structured than the Georgian one,” says Yulia Antonyan, assistant professor of the Department of Cultural Studies at the Yerevan State University. “Spontaneous changes, unplanned toasts and intrusions by guests other than tamada are usually fair game.”

While Armenians continued to take toasting for granted, the ritual took on new meaning in Georgia as a symbol of national identity. “Since the Russians, unlike former invaders, shared the same religion as the Georgians […] the ‘self-othering’ of the Georgian nation had to be based on something else: folk culture,” writes German anthropologist Florian Muehlfried in an essay on the topic, adding that toasting was “a manifestation of ‘Georgian’ hospitality based on a distinct way of eating, drinking and feasting.” (Cowe for his part cautions that such analyses teeter on over-politicization.)

Yet despite Armenia’s less nationalistic attitude toward toasting, the country preserved its toasting traditions through centuries of occupation. The order of toasts varies depending on the region and occasion, but most banquets start with a Genatst! to the tamadan and his family, in order of seniority. Other non-negotiable toasts include tributes to Armenia, to friendship, to women, to children and (usually lastly) to the ochakh, or hearth, which symbolizes the family’s wellbeing. A favorite wedding toast is, “May you grow old on one pillow.” Every toast is rounded out with a “may it [the vodka/wine/brandy] be sweet,” to which all other guests reply, “it was sweet.”

The most memorable toasts are often those that diverge from the usual playbook. “A good tamadan will do some digging on every guest before the feast begins in order to individualize toasts,” says Eric Boadella, the Spanish writer and director of Toastmaster, the 2014 film that follows a young Armenian man on his journey to become a tamadan. About to graduate college? The tamadan might toast to your future. Grappling with a loss in the family? It’s bottoms-up to the deceased’s love and wisdom.

Done right, the experience can melt you into a puddle. “One evening, an Armenian friend came over for dinner and acted as toastmaster at my family home,” says Boadella. “By the end, he had my mom in tears. That’s when I knew I had to make a film.”

Samvel Hovhannisyan, the owner of Bureaucrat Café and Bookstore in Yerevan, broke bread with Anthony Bourdain months before his death, on the Armenia episode of Parts Unknown. To Hovhannisyan, a well-articulated toast can be life-changing. “My happiest and saddest moments have been stamped into my memory through toasts,” he says. “The time I spent with Bourdain is no exception.”

As anyone who tuned into the episode noticed, many young Armenians value the eloquence and sentimentality of traditional toasting but take the old-fashioned, patriarchal stuff with a grain of salt. Women are not only present at almost all ceremonial feasts nowadays but they’re increasingly encouraged to be toastmasters. Now that Armenia is producing excellent wine, local varietals are gradually replacing vodka shots. “The Westernization of our culture means Armenians are working more, spending less time with friends and family and eating more fast food,” said Hovhannisyan. “But toasts keep us grounded and remind us of what’s important in life.”

“You’re Not Coming to Bring Us Justice. So What Are You Coming For?”