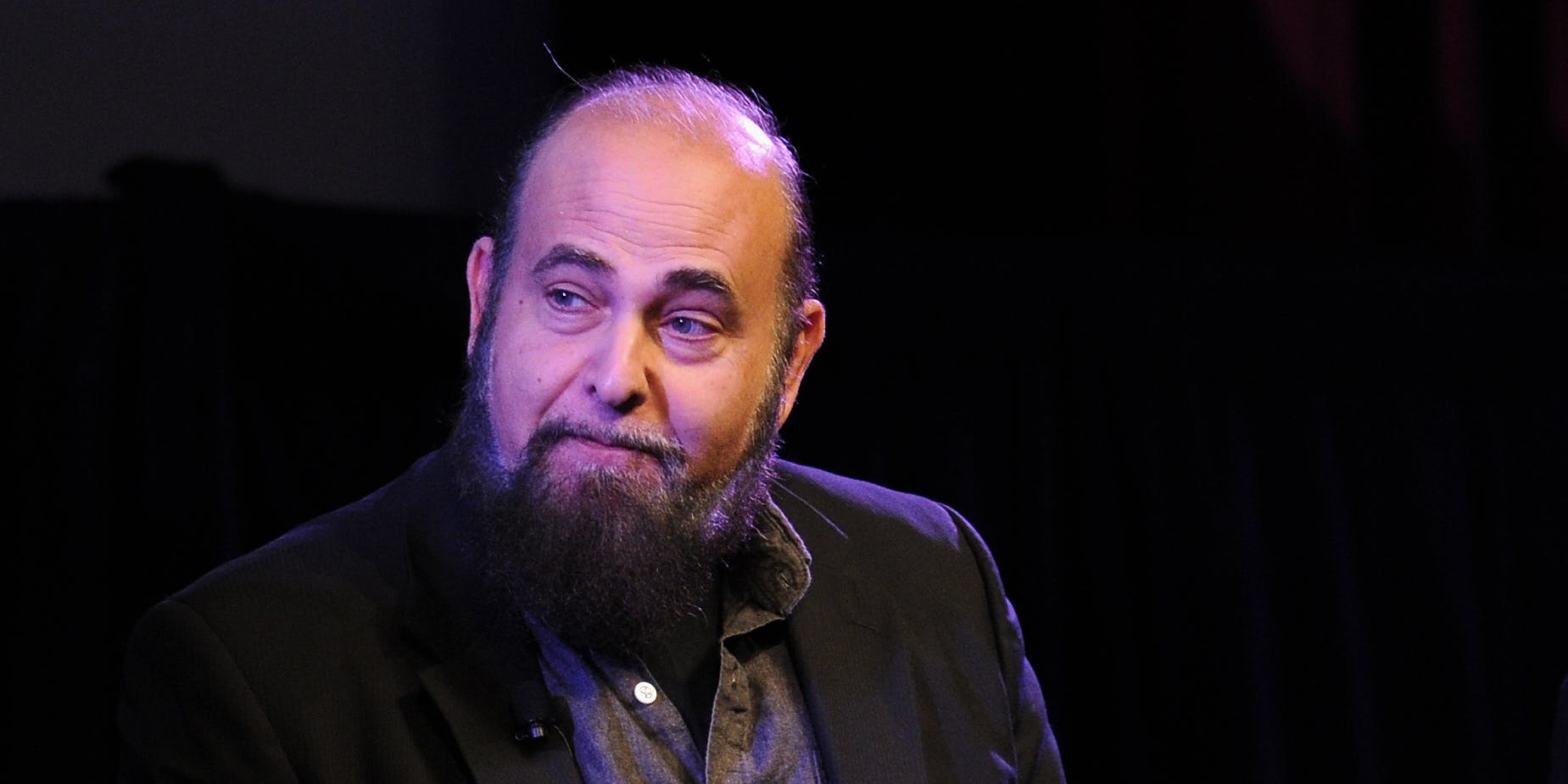 Mark Kleiman, a giant in drug policy scholarship, would hate that I wrote about him for The Intercept. Or, more likely, he’d be nervous about how the story would turn out.

I first met Kleiman at a Drug Policy Foundation conference in Washington, D.C., in the early or mid-’90s.  The drug war was at peak popularity; even suggesting the study of alternatives to incarceration was apostasy, and the few of us who saw it as a disaster were a tiny, beleaguered minority everywhere outside this meeting.

Kleiman was far from a hardcore drug warrior — but he was the only speaker at the conference to defend punitive policies like incarceration. And I have never witnessed someone get so fiercely, personally, and rudely attacked. It almost seemed as though it might get physical.

After his panel, I approached him in a hallway, telling him that I felt terrible about how he’d been treated. Although I strongly disagreed with what he’d said, I thought his perspective was considered and intelligent — unlike nearly any other defense of drug prohibition I’d heard — and it certainly didn’t warrant the response he’d received. He became a source and later, a friend.

Kleiman died on July 21 at the age of 68, from complications following a kidney transplant and cancer treatment. He leaves an important legacy, having much improved public understanding of how to think about drugs and crime. A man of many contradictions, he was what you might call an extremist defender of nuanced policy — as well as a strongly partisan Democrat (hence his lack of love for this publication).

Kleiman, who grew up in Baltimore, worked at the Justice Department after college, before getting a doctorate in public policy from Harvard and teaching at UCLA for two decades. In 2015, he became the inaugural director of the Marron Institute’s Crime and Justice Program at New York University. His major books, “Against Excess” and “When Brute Force Fails,” made relentlessly logical and thoughtful arguments that remain relevant.

As an opponent of drug war dogma, he was willing to explore alternative approaches to punishment, rather than argue for it to be abolished entirely. That’s a sharp departure from much of the left, which has often been content to firmly oppose the moral stain that is mass incarceration without seriously grappling with what alternative policies might look like. At its best, Kleiman’s work and teachings made people on all sides think much more deeply about their positions, regardless of where they ultimately came down.

Kleiman supported going after drug dealers, but selectively targeting only the most violent and disruptive, to avoid, essentially, creating evolutionary pressure in markets that would favor the most ruthless and cause the most harm. He supported making psychedelics accessible — but only after thorough research and in a highly controlled medical or, at least, psychotherapeutic setting. (I will say, however, that he truly blew it in his opposition to clean needle programs — probably as a result of his natural contrarianism.)

And he studied what made punishment work when it did — and made the case that it is only effective if it is “swift, certain, and fair,” obviously a far cry from lengthy mandatory minimum sentences. These ideas were adopted in Hawaii as part of the HOPE probation program, which decreased recidivism among people addicted to methamphetamine. South Dakota’s successful 24/7 Sobriety program for people convicted of drunken driving offenses was also based on his work; it not only cut drunken driving arrests by 12 percent, but was also associated with a 9 percent decline in domestic violence arrests.

But Kleiman may be best remembered for his work sweating the details of cannabis law reform in states like Washington, while being about as far as you can get from an enthusiastic legalizer. His consulting firm — named BOTEC Analysis for “back-of-the-envelope calculation,” with characteristic wit — won many state and local contracts to create cannabis regulations in part because he was not a cheerleader. He simply saw pot prohibition as a slightly greater evil than legalization and wanted to ensure that harms associated with marketing the drug would be kept to a minimum.

He simply saw pot prohibition as a slightly greater evil than legalization and wanted to ensure that harms associated with marketing the drug would be kept to a minimum.

Patrick Radden Keefe, who profiled Kleiman for the New Yorker, put it this way: “Mark was a truly original thinker who gravitated to the thorniest policy problems and devised clever, sometimes iconoclastic solutions. His work on criminal justice—particularly on alternatives to reflexive incarceration—was profound, and effective, and he was a clear-eyed critic of this country’s prohibitionist drug policies decades before such critiques were as widely accepted as they are today.”

(Kleiman also consistently refused to make public whether he had taken marijuana himself, telling Radden Keefe, “If you do drug policy and you’re asked whether you use drugs, you’ve got two choices. You can say, ‘Yes, I’m a lawbreaker. Please come arrest me and ignore everything I say, because I’m a bad person.’ Or, ‘No, actually, I don’t know what the hell I’m talking about.’ Since neither of those is an advantageous admission, I don’t answer the question.”)

Kleiman’s passionate heterodoxy allowed him to break through the mindless panic that has typically dominated discussions of drug policy, and his ability to work with those whose positions differed from his was an important influence on America’s slow, unsteady move away from all-out war. It didn’t hurt that his writing was lucid and often humorous.

“I find it ironic that Mark often anchored the right flank of drug and criminal justice policy research, given that he was such a stout and cantankerous liberal,” said Harold Pollack, co-director of the University of Chicago Crime Lab. “I think the field benefited from his resistance to the ideological conformity that affects every community.”

Robert MacCoun, a public policy analyst and professor at Stanford Law School, said, “He was famously contrarian, which led a lot of people to mischaracterize his allegiances based on brief exposures. Marijuana enthusiasts thought he was a hawk, and government officials thought he was a dove, but as [criminologist] Peter Reuter once pointed out, Mark was really an owl.”

“He was a great friend, mentor, and colleague,” said Jonathan Caulkins, a drug policy researcher and professor at Carnegie Mellon University, “With the ever-present twinkle in his eye, he was a big part of what made this field and my work fun.”

His sister, Kelly Kleiman, noted his odd mix of curmudgeonliness and kindliness, a combination that often left people startled both by the sharpness of his attacks on them and by his consistent personal generosity.

That generosity even extended to publications he found wrongheaded. In May, Intercept reporter Akela Lacy reached out to Mark Kleiman saying that she was “writing a story about Sen. Amy Klobuchar’s bill to reauthorize the COPS Hiring Program at the same time that she’s pushing a criminal justice reform platform.”

Kleiman picked up on the angle. “Your ‘at the same time as’ makes me suspect that this is one more Intercept hit piece on a perceived ‘centrist.’ I hope that suspicion will turn out to be unfounded,” he wrote back. But he also walked Lacy through the history and intricacies of the program, resulting in a more nuanced story.

Kleiman’s work showed us both the power of logic, control, and regulation and their limitations. He will be missed.

The Rise of Hakeem Jeffries Is Being Disrupted From Below