Republican leaders in the House of Representatives undercut a bipartisan effort to end U.S. involvement in Yemen by sneaking a measure… 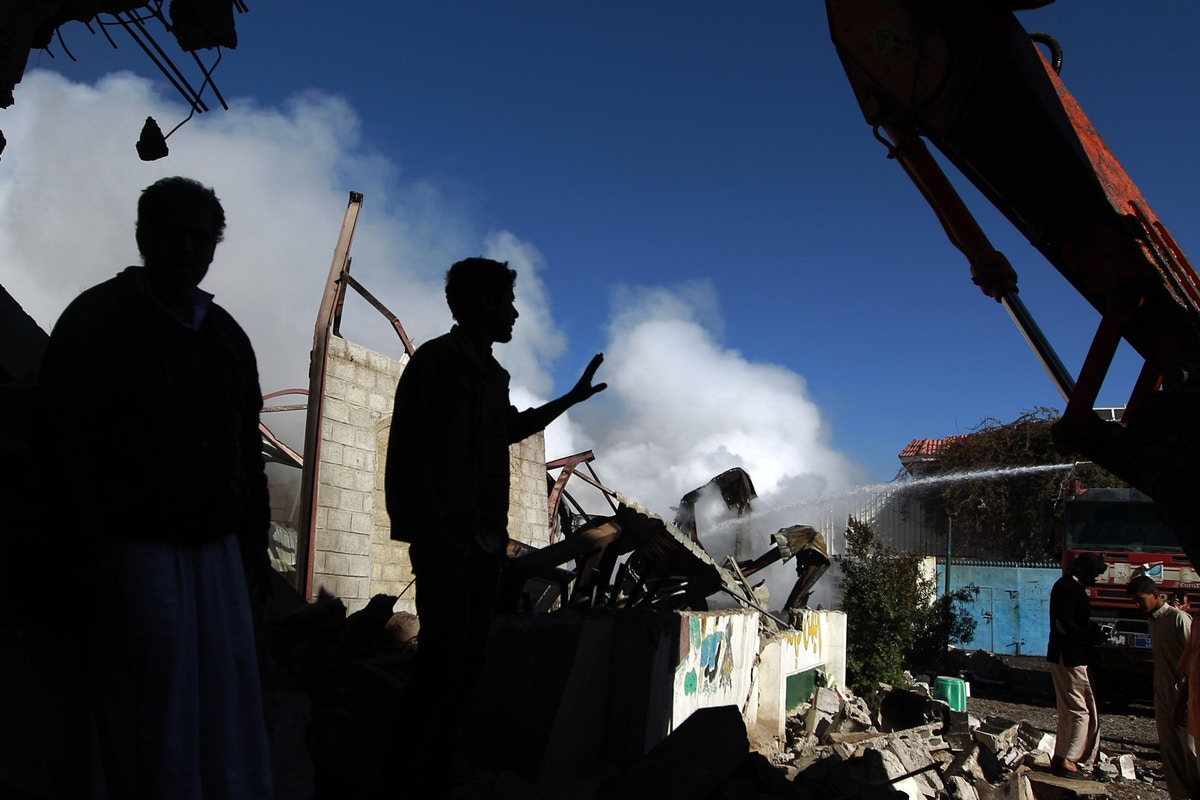 Republican leaders in the House of Representatives undercut a bipartisan effort to end U.S. involvement in Yemen by sneaking a measure that would kill an anti-war resolution into a vote about wolves.

The catch: Republicans inserted language that would block a floor vote on whether to direct President Donald Trump to end U.S. involvement in the Saudi- and UAE-led intervention in Yemen. The intervention has been highly destructive, flattening homes, roads, markets, hospitals, and schools, and leading to the world’s largest humanitarian crisis.

On Wednesday evening, the House approved the rule 201-187, largely on party lines, successfully blocking a vote on the Yemen resolution.

In September, Rep. Ro Khanna, D-Calif., introduced the Yemen resolution, which would have directed the Trump administration to remove U.S. forces from “hostilities” related to the Saudi-led intervention. Because it invoked the 1973 War Powers Act, Khanna’s resolution was “privileged” under House Rules, meaning it could bypass a committee vote and, barring any interference from the powerful Rules Committee, get a vote on the floor. The Republican gambit caused Khanna’s resolution to be stripped of its “privileged” status, meaning that it did not come up for a vote on its own.

If the Yemen measure had come up for a vote, it would have been the first time a chamber of Congress, which is notorious for avoiding votes on issues of war and peace, took an up-or-down vote that could end U.S. involvement in the conflict in Yemen.

On Capitol Hill, outrage against Saudi Arabia is at an all-time high following the murder of Washington Post columnist Jamal Khashoggi at the hands of Saudi agents last month. The measure had 81 co-sponsors, including four Republican members and several top Democrats. Two Democratic aides told The Intercept that Khanna’s measure needed about 30 Republican votes to pass, and they were optimistic about getting them.

“Republican leadership had to kill the bill in a surprise, underhanded maneuver,” Eric Eikenberry, advocacy officer at the Yemen Peace Project, told The Intercept in an email. “If they didn’t, they risked further rank-and-file Republican cosponsors and a floor vote, a prospect which leadership, always bent on ensuring impunity for the administration, could not abide.”

After a strong showing in last week’s midterm elections, Democrats can revive Khanna’s resolution after January, when the House switches to Democratic control. The top Democrat on the Rules committee, Jim McGovern, D-Mass., is a co-sponsor.

Saudi Arabia and the United Arab Emirates began their intervention in Yemen in March 2015, aiming to retake the capital from a rebel group called the Houthis. The Trump and Obama administrations have stood by the coalition, providing weapons, intelligence, and midair refueling of coalition aircraft. The Washington Post reported on Friday that the Trump administration would cease midair refueling amid a growing outcry, but that did not satisfy many of the war’s critics on Capitol Hill.

Update: November 14, 2018, 6:07 p.m. EST
This story has been updated to include the results of the House vote on the rule removing gray wolves from the endangered species list and blocking a resolution to withdraw U.S. support for the Saudi-led bombing campaign in Yemen.