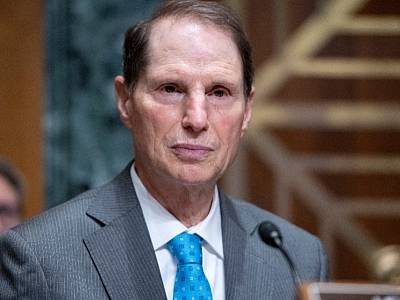 The Respect State Marijuana Laws Act, which former Rep. Dana Rohrabacher (R-Calif.) first introduced in 2013, consisted of a single sentence that would have made the federal ban on marijuana inapplicable to people acting in compliance with state law. The Ending Federal Marijuana Prohibition Act, introduced by former Rep. Thomas Garrett (R-Va.) in 2017, was six pages, but its essence was eliminating the national ban. By contrast, the Marijuana Revenue and Regulation Act, which Sen. Ron Wyden (D-Ore.) first unveiled in 2017 and reintroduced today, is 65 pages long.

All those extra pages do not make Wyden’s bill better. To the contrary, if his scheme were enacted, it would impose an extra layer of regulation and taxation on state-licensed marijuana businesses that are already struggling to compete with black-market suppliers who escape those burdens.

Repealing the federal ban on marijuana occupies a single page of Wyden’s bill. The rest is devoted to provisions that will raise prices for consumers and make running a marijuana business more expensive and more complicated. Pages 2 through 45 would create a system of federal marijuana taxes at escalating rates: 10 percent of the retail price for the first two years, rising to 15 percent in the third year, 20 percent in the fourth year, and 25 percent in the fifth year. Pages 51 through 65 would create a federal system to license and regulate marijuana businesses that are already licensed and regulated by state and local governments.

Just last week, California legislators proposed cutting back the burdensome taxes that are helping to keep the black market alive and well in that state. The chief Assembly sponsor of that bill estimated that combined local and state taxes on marijuana can be as high as 45 percent. Wyden’s solution: Let’s make it 55 percent and keep raising it until it hits 70 percent. Surely that will help the newly legal cannabis industry thrive, especially if we couple it with a bunch of new demands from federal regulators.

“It is vital that the federal tax rates be established in a way that does not incentivize the continuation of the illicit market,” Aaron Smith, executive director of the National Cannabis Industry Association, said in a press release. “It is equally important that small businesses, which would be disproportionately impacted by heavy federal taxes of any sort, be allowed to stay competitive in the industry. We will continue to work with lawmakers to find a rate that is fair to all parties.”

Wyden glided over that issue while touting his bill. “The federal prohibition of marijuana is wrong, plain and simple,” he said. “Too many lives have been wasted, and too many economic opportunities have been missed. It’s time Congress make the changes Oregonians and Americans across the country are demanding.” I’m not sure these are those changes.

California Plows Ahead With Providing Free Money To Mitigate Inflation