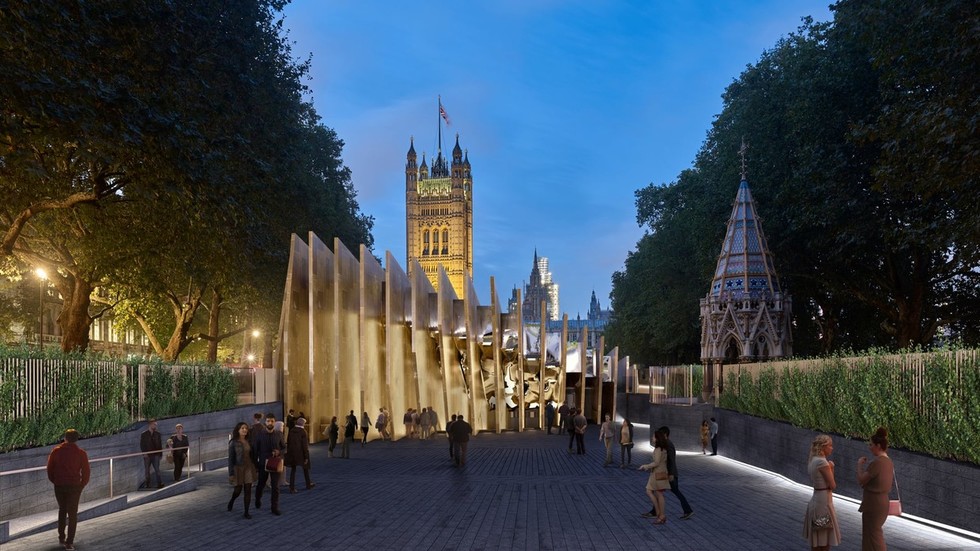 A charity that manages eight landmark London green spaces has challenged the government over plans to construct a £50 million Holocaust memorial in Victoria Tower Gardens next to the Houses of Parliament.

In a letter to the Westminster planning team that is currently examining the application, Royal Parks complained of the “significant harmful impacts” of the project, saying it “will dominate the park and eclipse the existing listed memorials which are nationally important in their own right.”

“Overall, the sombre nature of the memorial, the large structure and the necessary security measure… will change the nature of what is currently a relaxed park alongside a unique riverside location,” said the official letter, which has been republished in the UK media.

Royal Parks also pointed out that construction would necessitate three years of construction work in the gardens, one of the few green spaces in Westminster, and subsequently “queues and congestion” would become a permanent fixture around the memorial, which is expected to attract 1 million people a year.

The UK Holocaust Memorial Foundation-proposed monument, which will include a subterranean museum below a stark jagged structure, has not just been vigorously opposed by local residents, but also prominent members of the Jewish community – all over location.

But its architect, Sir David Adjaye, who previously helped create the National Museum of African American History in Washington DC, says that having the Holocaust memorial within sight of Parliament will “activate the entire site and talk directly to parliament, hold it accountable.”

“Disrupting the pleasure of being in a park is key to the thinking,” Adjaye told the Times last month, in a quote that further inflamed tensions.

Also on rt.com ‘Never heard of it’: Third of Europeans know ‘little’ or ‘nothing’ about Holocaust, survey says

So far, the government – which backed the project before Royal Parks was formed in 2017, with an announcement from then-Prime Minister David Cameron – is standing firm.

“No location in Britain is more suitable for the memorial than Victoria Tower Gardens, alongside parliament where decisions in the lead up to, during and in the aftermath of the Holocaust were made, and amid prominent memorials commemorating the struggle against slavery, inequality and injustice,” the Ministry of Housing, Communities and Local Government said through a spokesperson.