The UK has reportedly spent over £200,000 ($ 254,000) on the welfare of a hate preacher deported on terrorism charges. The revelation has raised the ire of the public, and a British pundits didn’t mince their words live on RT.

Abu Qatada, who requested asylum in the UK in 1993, was deported to his home country of Jordan in 2013 for posing a threat to national security. 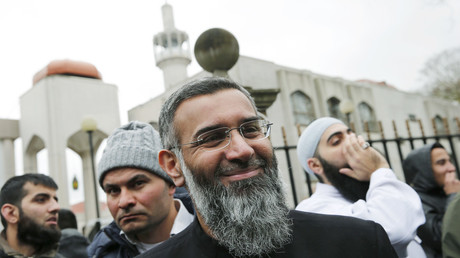 Now, it has emerged that Qatada’s meetings with doctors and human rights workers in Jordan were actually funded by UK taxpayers for three years, and cost a hefty £200,000 ($ 254,000), the Times revealed. A legal battle to deport him is said to have cost more than £1.9million ($ 2.4 million).

“In the first place, Abu Qatada should never have been granted asylum here… And then you think about all the money, all the welfare payments he and those around him have ‘parasited’ of the UK taxpayer,” argued David Vance, a rightwing political commentator.

However, he was challenged by Keith Best, a former conservative politician and now CEO of Survivors UK. “Your recipe is one for anarchy,” Best responded, saying that the UK, like other “civilized countries,” is obliged to grant asylum to anyone who fears persecution and oppression.

It’s “pretty imbecilic” to look after a “terrorist mastermind” and his safety back in Jordan, Vance insisted. That money could be better spent looking after the victims of terrorist attacks, he said. However, Best noted that Abu Qatada was acquitted of terrorism charges in Jordan because the evidence was tainted.