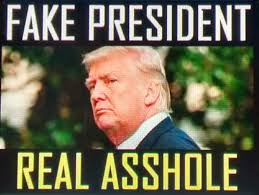 “Including one nicknamed ‘Ivanka’ by groundsmen,” Ayrshire resident Sir Haggis McSporran commented, “on account of an iffy aroma and toxic gleam.”

Officials were downplaying the situation this morning despite the mounting furore about ‘bits of undigested hamburger’ discovered infiltrating the area’s fabled spring-water table.