Seeking to boost morale and maintain discipline among troops, Russia has formed a special political directorate within its Defense Ministry…

Seeking to boost morale and maintain discipline among troops, Russia has formed a special political directorate within its Defense Ministry and appointed a former head of the counter-terror operation in Syria as its commander.

“Colonel-General Andrey Kartapolov has been appointed Deputy Defense Minister and the head of the Main Military-Political Directorate of the Military Forces of the Russian Federation,” reads the Defense Ministry’s order published on Monday. 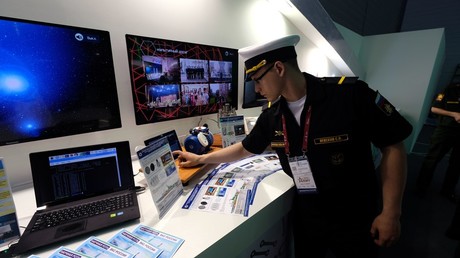 The tasks of the new directorate would including working to maintain the proper psychological and morale levels, improving the system of military education and maintaining the discipline and order. The new directorate will be responsible for the realization of the state defense policy by organizing the state and patriotic education of servicemen, coordinating the work of various parts of Russian military command, in order to stimulate the social development of the country, and social protection of active servicemen, military pensioners and veterans as well as their families. Another important objective of the new directorate will be interaction with official religions.

Colonel-General Andrei Kartapolov, 54, used to be the Chief of Staff of Russia’s Western Military District and from 2016 to 2017 he headed a group of Russian troops in Syria and commanded the operation to liberate the city of Palmyra from terrorists.

Earlier, RIA Novosti news agency reported about the plans to establish the directorate quoting unnamed sources “close to the Defense Ministry.” The agency also reported that the new directorate would most likely include several already existing departments, but did not disclose any details.

A political directorate existed in the Red Army since 1919 and continued to exist in the Soviet Army after the WWII. The branch dealt with military propaganda, education and also cultural projects and published books for the Defense Ministry. After the collapse of the Soviet System the Russian military forces were “depoliticized” and the political directorate was transformed into much smaller “Department for Work with Military Staff” overseeing the work of military schools and academies.