The Russian Foreign Ministry has issued an entry ban on a number of Estonian citizens known for their fringe anti-Russian stance in reply to Estonia’s entry ban on 49 Russian citizens mentioned on the so-called Magnitsky List.

“The Estonian ambassador [to Russia] has been summoned to the Russian Foreign Ministry and informed about the fact that a number of Estonian politicians and public figures known for their extremely anti-Russian views had been blocked from entering our country,” Deputy Head of the Ministry’s Department for Information and Press Artyom Kozhin told reporters on Wednesday. 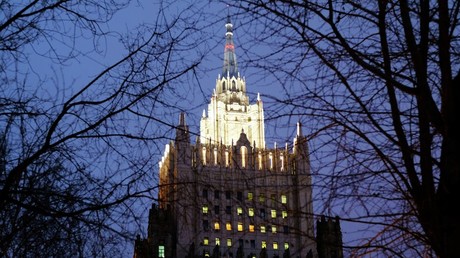 Kozhin also said that Russia sees the Estonian move as a continuation of its openly anti-Russian policy that damages their bilateral relations. He noted that, a short time ago, Russian authorities took similar measures in response to a similar unfriendly act by another Baltic nation, Lithuania, and promised that Latvia would see the same fate after it joins the anti-Russian camp.

The diplomat explained that the decision was made in response to the recent entry ban issued by Estonian authorities on 49 Russian citizens earlier included in the so-called Magnitsky List – a 2012 document detailing personal sanctions imposed by the United States on several dozen Russian citizens, who were allegedly involved in the death of Sergey Magnitsky in 2009. Magnitsky was an employee of an international financial company who died in custody in Moscow while under investigation for large-scale tax fraud.

The Magnitsky Act has led to reciprocal sanctions on Russia’s side, and a substantial cooling in Russia-US relations. Over time the US authorities have several times extended the list, prompting similar measures from the Russian side.

Estonia passed its own Magnitsky Act in January 2016, but until recently Tallinn officials have undertaken no concrete measures to enforce this piece of legislation. The entry bans were issued only in late March following the alleged poisoning of ex-spy Sergey Skripal and his daughter Yulia in Britain’s Salisbury. British special services alleged that the poisoning was the result of an alleged assassination attempt by Russian special services. Russia categorically denies any involvement and complained that the victims were not allowed visits by Russian lawyers and diplomats, and the results of the investigation were kept secret.