Russian diplomats say the non-stop outbursts of violence in Donbass confirm that Ukraine has no intention of honoring the Minsk Accords, and accuse the US and their allies of supporting Kiev’s course towards war.

“As far as the UN presence in Donbass is concerned, it is well known that in September 2017 Russia submitted a draft resolution on the issue to the UN Security Council. However, we still have not received any amendments to this document, in written form. Instead, our European and American partners are promoting the ideas of a military operation of ‘coercing into peace’ and putting an international military-civilian administration in charge of the region before it holds any elections,” reads the ministry’s comment released on Saturday in connection with the planned meeting in the Normandy Four format in Berlin, scheduled for June 11. 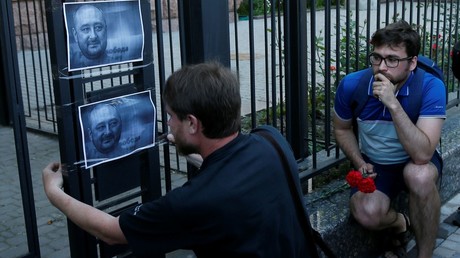 Russian diplomats also noted that the aggravation of the situation in Donbass is clear confirmation of the fact that Kiev has no intention of sticking to the Minsk Agreements. “The recent events demonstrate that the Kiev authorities do not intend to fulfill the Minsk Agreements, that they blatantly distort the logic and sequence of these documents and draw an artificial connection between their readiness to move on along the political track and the full military capitulation of the Donbass republics and their giving up of the control of the border with Russia,” the comment reads.

“At the same time, the Ukrainian side gives the residents of the country’s south-east no political guarantees whatsoever and uses all methods to instigate tensions on the line of contact and to step up the economic, transport and trade blockade of the region,” the Russian diplomats noted.

The ministry’s statement also said that at the forthcoming meeting of the Normandy Four, Russia intends to demand the restoration of the status quo in the so called ‘grey zone’ of conflict, where pro-Kiev troops moved into the territory controlled by the self-proclaimed republic in violation of the ceasefire agreement. “After the pullout of heavy weapons and combat machinery this new step would become an important stage in establishing a stable ceasefire regime in line with the Minsk Accords,” the comment reads.

The military conflict in the southeast of Ukraine started in 2014 after a violent coup in Kiev deposed the democratically-elected president and government and installed a regime that started an open anti-Russian policy, targeting both the Russian state and ethnic Russian and Russian-speaking residents of Ukraine. The southeastern parts of the country populated mostly by ethnic Russians protested against this course, and after Kiev attempted to suppress the protests by force, offered armed resistance and then announced their secession from the Ukrainian state. 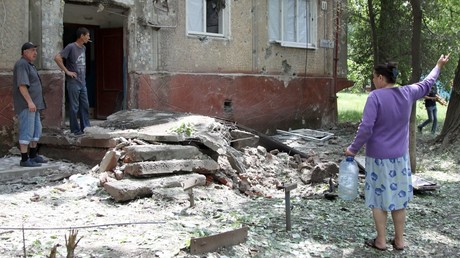 More than 10,000 people have already been killed in the eastern Ukrainian conflict.

The Normandy Four – Ukraine, Russia, France, and Germany – has held long, complicated talks on the conflict, which in February 2015 resulted in the Minsk II Peace Deal. It envisaged a ceasefire, withdrawal of heavy weaponry, and a prisoner exchange. This step has helped to achieve a sharp decrease in violence, but wasn’t fully implemented, mainly due to the position of Kiev.

Earlier this week, Russian President Vladimir Putin said that any aggravation of the military conflict in Ukraine would “inflict tremendous damage” to the country’s statehood and added that Russian support for the Donbass republics will continue. “It is impossible to intimidate the Donbass people. We see how they endure all these hardships, we send them help and we will continue doing this,” Putin stated.

Shortly before this, Putin said in an interview with Austrian television that in order to stop the internal conflict in Ukraine, Kiev could grant special status with broader powers to the republics of Donbass, just as Russia had done with Chechnya.

“Under such scenario there is no necessity to restrict the usage of ethnic minorities’ languages in Ukraine, I mean not only Russian but also Romanian, Hungarian, and Polish. There is little talk about it in Europe but these are the today’s realities,” the Russian president said.