Russian Defense ministry has revealed plans to set up dedicated navy police that would replace marines in maintaining order on ships and coast facilities and preventing provocations in foreign ports.

Unnamed sources in the Main Command of the Russian Navy told popular Russian daily Izvestia that the first navy police unit will start its service as of next year, but many future officers are currently undergoing training on the North Fleet ships, in particular on the Admiral Kuznetsov aircraft carrier. 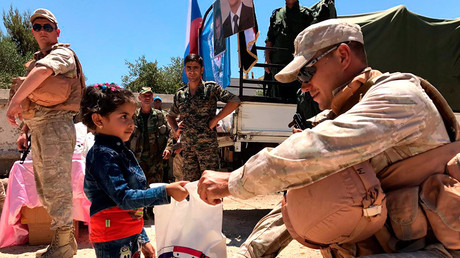 Sources also said that unlike ordinary marines, who currently enforce order and security on the navy ships, navy police officers will be trained in investigation and operative work that would allow them to solve crimes and prevent criminal plans coming to fruition.

Sources also said that the ministry used the experience of similar agencies from over 40 developed countries when preparing the documents ordering the foundation and functioning of the Navy Police. In particular, the command has paid special attention to joint exercises of future navy cops with other Russian military units, like recent war games held in North Russia’s Murmansk Region jointly by the Russian Navy, Air Force, anti-aircraft defense units, armored formations and units of chemical and radiation defense.

Also, Izvestia’s interlocutors emphasized that navy policemen would be much better prepared for preventing various provocations in foreign ports.

Russia set up a special military police in March 2015 and the strength of the agency is estimated at about 6500 active personnel. In 2017 Russian military policemen took part in peacekeeping operations in several the de-escalation zones in Syria, near the cities of Ghouta and Khoms. The military police will also oversaw the deliveries of humanitarian aid to the war-hit regions of Syria and the evacuation of those needing medical treatment.