Around half of all Russians believe society exaggerates the importance of higher education, while over 70 percent of citizens under…

Around half of all Russians believe society exaggerates the importance of higher education, while over 70 percent of citizens under 24 claim that a successful career is possible without a university diploma.

According to the latest poll conducted by state-run public opinion agency VTSIOM, around 63 percent of Russians agree that higher education helps to build a career and achieve other life goals. However, as much as 51 percent of respondents disagreed that people who have no higher education are doomed to hard and unrewarding jobs. 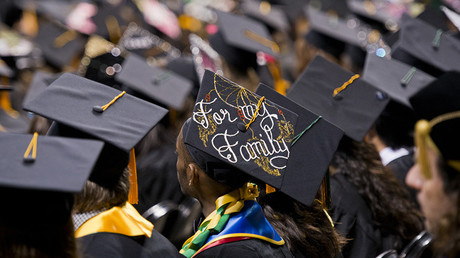 The proportion was even higher among younger Russians, as 72 percent of respondents aged between 18 and 24 told researchers that it is possible to climb the corporate ladder without the benefit of higher education.

Researchers also noted that the overall share of Russians who think that higher education is an important factor for subsequent career success has decreased to 63 percent from 76 percent 10 years ago.

“It looks like ‘the university diploma hunting season’ among young Russians is over. It becomes evident that this idea was supported by older relatives who formed their opinion about the prestige of higher education in Soviet times when anyone with a university diploma had greater chances for promotion both on social and on career ladders,” said Stepan Lvov, head of VTSIOM’s research department, in comments to RIA Novosti.