The majority of Russians remember the date on which Nazi Germany attacked the Soviet Union and about a third can quote stories from relatives who took part in WWII, according to a recent poll.

The state-run public opinion research center VTSIOM released the results of their latest study concerning the history and legacy of WWII on Friday, June 22. The date is marked in Russia as the nationwide Day of Memory and Grief because on this day in 1941 Nazi Germany attacked the Soviet Union and started, what is known in Russia as, the Great Patriotic War. 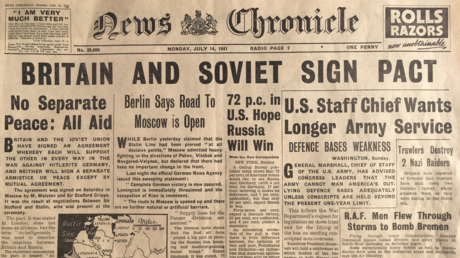 Over the past few years the Russian citizens’ attention to the Great Patriotic War has noticeably increased. 45 percent of the poll participants said that they had attended meetings with veterans, 61 percent visited military museums and memorial sites, 88 percent of citizens watched the war-themed films. The only category where researchers registered a decrease in popularity were books about the war – only 23 percent of respondents said they had read such works, compared to 30 percent in 2014. 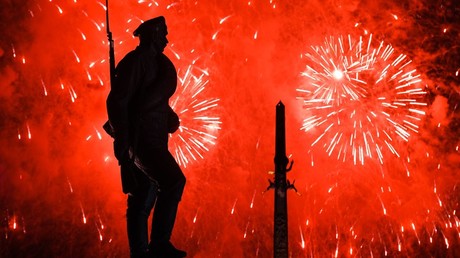 Other research, conducted by the independent agency Levada earlier this week, showed that Russians had become less prone to blame the huge casualties and material losses suffered by the Soviet Union during the war on mistakes and methods of Joseph Stalin and other top Soviet officials of the period.

In particular, the share of Russians who hold that Stalin and other Bolshevik leaders did not take into consideration the casualties when making and executing their strategies – fell from 36 percent in 1991 to just 9 percent today.

36 percent of respondents said that the huge Soviet losses should be explained by the fact that the Nazis attacked suddenly and caught the Soviets unprepared, 29 percent said the technical superiority of the Germans was the major factor and 10 percent explained the situation by the sheer cruelty of the Nazi troops.

In the same poll, 58 percent of respondents said that they personally had family members who were killed or went missing during the war.