Russia’s Security Council has revealed a plan to use bloggers and various civil society groups to help fight terrorist and extremist information spreading on the internet.

“Experts of the Security Council‘s research group have proposed to stimulate the interaction between law enforcement agencies and prominent bloggers and civil society institutions, including the socially-oriented NGOs that are ready to support our fight against the spreading of the terrorist ideology in the informational space,” stated the press service of Russia’s top security body as quoted by Interfax. 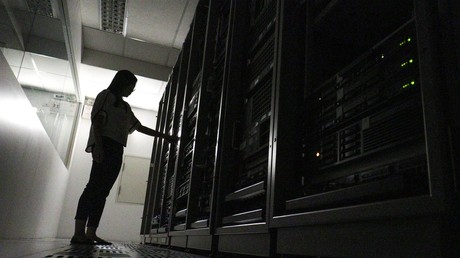 At a recent session of the research group, its members noted that terrorists currently use the internet for “destructive psychological influence on citizens, recruiting new members into terrorist structures, incitement into active terrorist actions, fundraising and coordination of terrorist activities as well as for publishing detailed instructions on committing acts of terrorism.”

In connection with this, the body discussed various legislative, organizational and technical measures aimed at timely detection and blocking of extremist materials on the internet as well as uncovering and bringing to justice people responsible for posting the material. They paid special attention to measures for social and psychological protection of Russian citizens from any destructive information, the press service added in its report.

In mid-2016 President Vladimir Putin signed into law a package of anti-terrorism amendments, including a provision that stipulates large fines or prison terms, ranging from five to seven years, for public calls to commit terrorism or for justifying terrorist crimes, including via the internet.

In early 2014 Russia introduced a law that allows prosecutors to issue emergency orders to block websites promoting rioting, racial hatred or extremism. Before the law was introduced, it took several days to obtain a court ruling to block an internet site containing extremist materials. The blocked websites can be unblocked immediately after the content deemed to be illegal is removed.