After winning the election in 2008, Barack Obama, before being sworn in as president, effectively shuttered the unprecedented grassroots army… 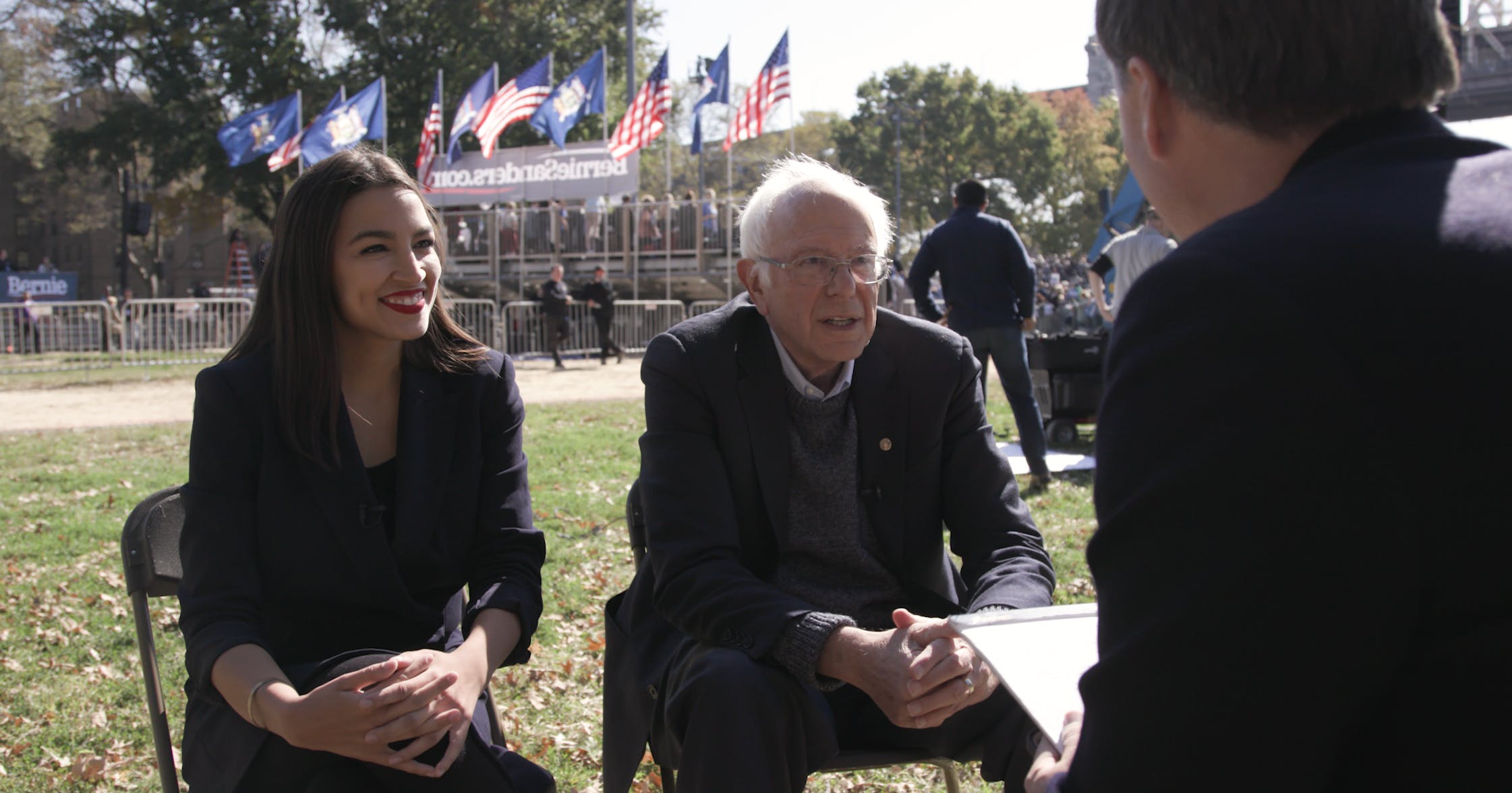 After winning the election in 2008, Barack Obama, before being sworn in as president, effectively shuttered the unprecedented grassroots army his campaign had mobilized. The decision, which took his 10-million-plus donors and volunteers off the political battle field, is regularly cited today as having handicapped his first-term agenda. Bernie Sanders, asked on Saturday afternoon whether he would make a different decision if he were to win the presidency in 2020, said, “Yes, I absolutely would.”

Sanders, along with Rep. Alexandria Ocasio-Cortez, D-N.Y., sat down for an interview with The Intercept ahead of his rally in Queens, New York — his first since his Las Vegas heart attack earlier in October — and spoke in granular detail about what political revolution means to him. While he was eager to expound on the ability of an organized, working-class movement to overpower structural obstacles, he stopped short of endorsing new congressional primary challengers. He did say that he plans to become more involved in such challenges in the near future.

The full conversation will be posted on Monday. Sanders and Ocasio-Cortez discuss the Espionage Act, Syria, Joe Biden, monopoly politics — and why Ocasio-Cortez endorsed Sanders over Elizabeth Warren. To get an early look, sign up for The Intercept’s newsletter.

On the contrast with Obama’s strategy, Sanders said that he met with former president and shared his thoughts directly.

“I’m a great fan of Barack Obama, who’s a friend of mine. He and I have actually discussed this very issue. His view is, it’s hard to do it,” said Sanders. “I understand that. But the essence of my politics, and I think Alexandria’s as well, is that we need an ongoing grassroots movement of millions of people to pressure Congress, to pressure the corporate establishment, so that we can bring about the changes that this country desperately needs. So that’s why I have said that I will not only be commander-in-chief, I’m going to be organizer-in-chief.” (An aide to Sanders said the meeting with Obama came in the spring of 2018.)

After the interview, speaking before the crowd of more than 25,000, the largest of the campaign for any Democrat so far, Ocasio-Cortez officially endorsed the Vermont senator for president, giving a boost to a campaign that needs momentum after Sanders’s heart attack. Though Sanders has led fundraising, his main progressive rival, Sen. Elizabeth Warren, D-Mass., now regularly polls nationally and in Iowa and New Hampshire.

Ocasio-Cortez’s rise  is a manifestation of Sanders’s idea that by building a mass movement, working people can be lifted up. She was inspired by his campaign, volunteered for it, and then ran herself.

At the same time, she is a reminder of the limitations of what is considered possible on the inside: Sanders, after all, did not endorse Ocasio-Cortez until after her primary victory in 2018 over incumbent Joe Crowley, the longtime King of Queens.

The debate over the fate of Obama for America, Obama’s campaign arm, goes back to 2008, when Obama adjudicated an internal dispute within his operation by mothballing the organization and folding it under the auspices of the Democratic National Committee, which itself was forbidden from pressuring Democrats to push Obama’s agenda. Some in his orbit argued that Obama’s insider approach to the presidency needed to be complemented by robust outside pressure from grassroots organizers. But Obama believed that he and his team, led by Chief of Staff Rahm Emanuel, would be able to work more effectively with moderates and Republicans if grassroots activists weren’t pressuring them from the outside. That turned out not to be the case.

Rallies and protests are a critical element of outside pressure, but that pressure isn also expressed through primary challenges to incumbents unenthusiastic about the president’s agenda. To that end, Sanders said that he would be looking to get more involved in primaries in the weeks and months ahead. So far, Sanders has only endorsed one challenger, Marie Newman, who is taking on Rep. Dan Lipinski in Illinois.

Asked if he planned to endorse more primary challengers, Sanders said, “I think so. I think that we need to let elect a House and a Senate that is as progressive as it possibly can be, a House and a Senate that he is going to work with me in fighting for healthcare for all, to raise the minimum wage to a living wage, to deal with the global crisis of climate change. So I will do everything I can, and have over the last number of years, to get more people involved in the political process, and to elect people who are as progressive as possible.”

Ocasio-Cortez said that she had recently spoken to Texas primary challenger Jessica Cisneros, suggesting an endorsement may be imminent.

Ocasio-Cortez said that she, too, would be wading deeper into primaries in the coming weeks, and said that she had recently spoken to Jessica Cisneros, a challenger to conservative incumbent Rep. Henry Cuellar, D-Texas, backed by Justice Democrats as well as establishment outfits like EMILY’s List. “I’ve spoken with Jessica, I’ve spoken with several other folks engaged in this process,” Ocasio-Cortez said, suggesting an endorsement may be imminent. “It’s part of a continual consideration about not just, does the Democratic Party have the majority, but what does that majority look like and what will that majority fight for?”

“And too often that majority lets working people down,” Ocasio-Cortez continued, “and I think we have a responsibility to really look at the quality and the qualitative factors of the Democratic majority, and how we make sure that we continue to support a transformational Democratic Party.”

But while challenging Cuellar and Lipinski bucks the Democratic Congressional Campaign Committee, which opposes all primary challenges, it doesn’t go the heart of the party establishment, since they are both conservative outliers in the House caucus. When asked about Rep. Richard Neal, D-Mass., however, Sanders declined to weigh in. The 30-year incumbent is chair of the Ways and Means Committee, which has jurisdiction over Medicare for All, as well as any program related to tax policy. He is a public opponent of Medicare for All, and would be an obstacle under a Sanders presidency. Alex Morse, the Holyoke mayor challenging Neal, is a backer of Medicare for All, and the Holyoke city council passed a resolution endorsing it.

“I’m not gonna look at it race by race,” Sanders told me. “This is what I think: I think the last poll that I saw has over 70 percent of the American people understanding that healthcare is a human right, that we need to go forward with Medicare for All, and as president of the United States, trust me, I will remind every member of the United States Congress and their constituents about the need to take on the healthcare industry, and guarantee health care, to every man woman and child.”

Sign up for The Intercept’s newsletter to read the full interview first.

Ryan Grim is the author of the new book We’ve Got People: From Jesse Jackson to Alexandria Ocasio-Cortez, the End of Big Money and the Rise of a Movement

In Historic Move, Florida Reverses Ban on Voting Rights for People With Past Felony Convictions