Crowds calling for Islamic justice to be done Saudi Arabia, the leader of the Muslim world, the origin and stronghold… 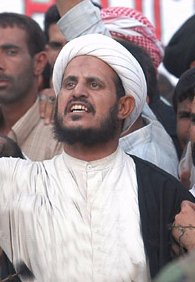 Crowds calling for Islamic justice to be done

Saudi Arabia, the leader of the Muslim world, the origin and stronghold of the Islamic faith, and the country responsible for the murder of dissident journalist and Muslim, Jamal Khashoggi, is guilty of crime against Islam, says Turkish president, Recep Tayyip Erdogan.

The Turks have now released full details of their investigation of what took place in the Saudi consulate in Istanbul on 2 October, and it doesn't make comfortable reading for Riyadh, or for anyone else concerned with Islam.

The treatment of the dead body of a Muslim, however, is something completely different.

When a Muslim dies, the Sunnah decrees, there is a strict protocol to follow. The body must be bathed; shrouded in white cloth or linen; buried after prayers have been said; and, crucially, the buried corpse's head should be positioned so that it is facing Mecca.

The Saudis do not even know where Mr Khashoggi's head is.

Nowhere, in Islamic scripture, is it considered proper to dismember a body, cut it into small pieces, and then dissolve it in powerful chemicals.

Any variance from the protocol is considered extremely poor form, and, as in this case, the murder of an innocent follower of the prophet Muhammad, simply because he has been saying things about you that you're not keen on, appears to be more akin to what happens in the wild, under Natural Law, rather than in compliance with Sharia Law.

President Erdogan knows all this, and will, hopefully, be asking the appropriate authorities to intervene, and to dispense proper justice on the true perpetrators of Mr Khashoggi's killing, and their apparent disdain for the lawful word of Islam.