Where's The Meat? BILLINGSGATE POST: In a previously copyrighted story that appeared on these pages, Saudi officials had dismissed the… 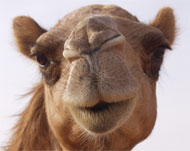 BILLINGSGATE POST: In a previously copyrighted story that appeared on these pages, Saudi officials had dismissed the allegation that the team that assassinated Mr. Khashoggi in their Consulate In Turkey disposed of him by dismembering him and then smuggling him out in their Tummies.

As distasteful as this is, it was not unprecedented. As mentioned before, disposing of a body in this à la carte way is not without precedent. In 1961, Republic of Congo Prime Minister Patrice Lumumba was assassinated and his body was not found until X-rays of the stomach of his political rival, Joseph Kasavubu, showed a rib bone that was identified as belonging to Lumumba. But this was in a time and place when the act of cannibalism did not raise an eyebrow.

With the airing of the actual recording of Khashoggi being put down by the Saudi hit-team, it was only a matter of time before someone asked, “Where’s the meat?”

Crack investigative reporter, Slim Everdingle, not normally a skeptic of Middle-East intrigue, nevertheless predicted that Saudi radiology would overlook the possibility that skeletal bones sometimes are not passed through the alimentary canal; some get caught up in the hooks and crooks of the lower intestine and are easily imaged through common X-rays.

Slim’s partner, Detrick “Dirty Trick” Detwiler, not one to mince words, added his own two cents:

“What the f..k, Slim. How did these camel jockies think they would get away with this?”